A Kid's Disposal Glass | Don't call him a beggar 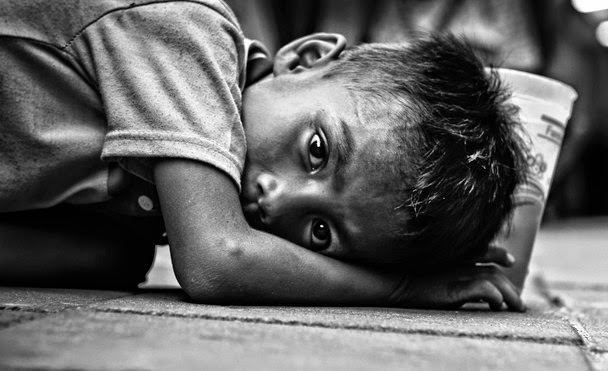 Panipoori tasted well, but when we thought of giving a finish with a tasty badam milk we came across this incident. There was a small kid who started begging for money, but instead we thought of providing him the food he needed rather than giving money which might not be sufficient. So we offered him badam milk and told panipoori waala bhai to give him a glass of badam milk. He gave him badam milk in a disposal glass, but why is this discrimination when he can offer us in normal glass but not to him.

There are many kids who are moving the streets begging for food. It isnt their mistake but completely our's . How many of us atleast thought of listening them for a minute? How many of them atleast offered him what he wanted ?


A powerful story of a city wide operation against human trafficking through begging rings in Bangalore. This docudrama by U&I, follows the story of two children rescued during Operation Rakshane.
Operation Rakshane was the brainchild of the Karnataka State Police and involved the Department of Women and Child Development, 7 NGOs and numerous voluntary & state agencies.

Think they are always one among us but not aliens.