There is a girl with passion, dignity, relative focus and optimistic and yet a great star.. A girl who never used Dubsmash but became a Insta Star yet so obliged and truthful.. A girl any family wishes, a girl any neighbour loves to see, A girl a guy wishes and dreams to be his girlfriend as well as a wife .. A star blinking in the dark night..!!

Meet Bhavana Rachapudi, an Interior Designer by academics and a creative enterprenuer fighting in startup environment.. A girl with no controversies…!!

I by luck got a chance to talk to her .. Truthfully I was with a opinion that she might be arrogant in answering as she is a celebrity in Instagram and successful woman. I need to tell you that she completely changed my opinion on her in the very first 5 minutes.. She is very obliged and truthful in heart and love spreading natured with little cuteness.

Before going to the interview we had as a telephonic conversation, Let me introduce you this girl who is soft spoken who knows the boundaries of the society and dignified in culture..

Iam a boring you, I know..!! Don’t worry Iam speaking now about her interview too..!!

Editor: Hey, Hi Bhavana, Its nice meeting you and thanks for accepting my request..!!


Editor: So what are you currently upto? I heard you are doing your Interior Designing..Am I right?

Editor: What made you enter into Giftionary, your startup along with your friend ? Why did you change into enterprenuership from Instagram Celebrity?


Bhavana: Actually I had this handmade fascinating idea gifting my loved ones.. When I observed that they are high in budget, I thought of making it personalized ones and I carried it all the way till now. I didn’t want to depend on the family for my pocket money and when my friend ignited the idea of Instagram, I did enter Instagram..

Editor:    Why didn’t you show any interest in dubsmash videos and shortfilms?

Bhavana: No way.. I used to work as a content writer on Mango Tv  where I interviewed all the celebrities which are aired on TV later on.. though they didn’t fetch me this followers..!! I just flicked in my brothers U&I Musical video for a guest role only and approximately 2 or 3 dubsmash videos with Rahul.


Editor:  So, Bhavana what if you wakeup in a place where Instagram doesn’t work and how will you cope with your startup then?


Bhavana: I have no clue..!! But most of the orders I fetch are due to the positive response from my client base and word to mouth spread by my friends.. Infact I fetch most of the orders from abroad for their loved ones in India.

Editor:   There is one controversy going on right now in Instagram regarding Deepthi Sunaina’s latest short film.. What is your opinion on it?


Bhavana : I don’t want to comment anything on that !!

Editor: But there are many people who came up supporting her when the troll pages started crossing limits.. But now she came up with a controversial title “ Sita,Iam not a virgin”

Bhavana: When I switched on Tv and saw the debate, I was going mad at the arguments.. Deepthi,Shannu and Koushik are my good friends. We all know that Sita is a mythical character and stands culturally strong in the minds of people, So even I suggested them “ Why the name Sita ?” 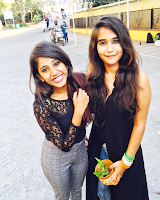 They were like that this is for a cause.. whatever it might be.. they were fighting for a cause.. There are pretty many girls who lose virginity due to many reasons..Sexual Intercourse isn’t only the way, It also happens for athletes.. which means that she isn’t a virgin.. In the short film, she is a rape victim who is distressed and we need to think from her point of view.. There might be many girls who have been molested and keep it as a secret but they lose trust on people.

What Iam trying to tell is being an Indian I respect my country.. we did make our law long time back… we also need to think in further aspects.. but we do have many politics playing in between.. I don’t want to create any controversy.. I have supported deepthi when she was trolled .. for which in return I expected a change for a better society where things are appreciated rather than discouraged..So its better I don’t get involved in this..


Even when I did a dubsmash video which was aired later on in TV.. basically these days the controversy and trolls on her has been crossing the limits.. so I suggested her to be strong enough..


In the TV9 debate that has happened previously when they pointed out that why cant Sunaina be used but even Sunaina is a mythical character .. What I don’t understand is why pointing a girl..!! Anyway Iam neutral and not in support or against anyone.

Editor:   So bhavana do you think that feminism is going wrong way which Actually is for women empowerment and achievements .. but now it has been moving over clothes ..

Bhavana:  Feminism is nothing like judging a girl based on clothes but it is about judging quality of us and jealousy or hate again. And girls have been making it more controversy than a guy..


Editor: So, what do you think on this case “ A guy who didn’t take any dowry for the marriage, Why does the girl want maintenance  after divorce?” Do you think it is against feminism?


Bhavana: Some people take or others doesn’t. When a girl is married there exists lot of concern and belief for the parents of bride.. So even if she is divorced she is a part of her husband’s family and hence I think it isn’t against feminism. I don’t think dowry is a wrong thing..!! A woman being independent is very important and all her responsibility gets transferred to the guy’s family but this thing that you have asked do happen in some case but not all..


Editor: Everyone has some memories in their teenage period which they can never forget.. Do you have any ?


Bhavana:  I do have many..!! Bunking classes and going to movies, Going for coffee days without attending practicals.. In case of adventures Iam like gprs.. so I don’t get in wrong routes generally. Infact I have a bad habit of going alone and I enjoy being alone.. In teenagers, everyone will have relationship around though parents say its wrong .. and watch all of those stuff..Infact I too got caught when I went out lying my parents..and managing my home tutiton ..
Giftionary is the one that came out of a depression  which fired passion back into me in my low times but Iam happy now that I did it.. Now I feel everything that I did is immature and I do laugh at my silly fights also.. Friends do change as time goes on.. 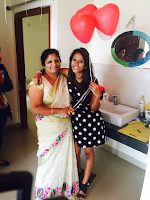 Editor: What about your family?


Bhavana: My mother works as a loan consultant and father is CEO of Young India. My brother did CA and presently working as Advisory.. My sister is married and she is working as journalist in HANS INDIA and previously worked in The Hindu.

Editor: As you have mentioned friends, I do have this well known statement “ A friend in need is a friend Indeed” Do you think altruism is still present in friendships?


Bhavana: Basically, there are two different personalities of me before and after teenage.. But infact selfishness do exist and has to.. Sometimes bestfriends do backstab and it is more painful as we trust them more.


Editor: Why aren’t you present in ASK FM to answer fans? Do people recognize you outside too?


Bhavana: I do have but since the controversies around me are very less.. Iam generally out of it.. Yes, many of them do recognize me.. what makes me happy is they recognize me by work and they sometimes do compliment that my eyes look great. I usually don’t get time to go out since I have giftionary works always..

Editor: So Bhavana, It has been very hot discussion till now.. lets come out of that .. What is your favourite holiday spot?


Bhavana: Basically, Iam a alone type of person. I do have some favourite spots like bucket list with my husband in future.. Anyplace holding his hand will make me merrier. If it is particular, I like Paris and Venice more.Iam also a great foodie which I never particulary recognized until the end of last year.
Iam always in love and I actually get compromised to make things happy.. and I expect my future partner to just understand me .

Editor: So Bhavana, Iam done with the interview but a final question.. What does the tattoo on hand  mean?


Bhavana: It is my brother because he is my hero..I don’t know why he is hero to me.. Any girl or any guy whoever might come into my life.. though we don’t talk regularly.. he is a reserved guy.. and the bonding between us always exist. One more reason why I got this tattoo is I want to remember how will my brother respect when Iam doing something wrong.. and that makes think back when Iam doing something wrong.


Bhavana: I learnt music.. I used to have stage fear but eventually I got rid of it.. I like asking questions than answering them .. I feel shy to face camera..I do sometimes wonder seeing seeing my following.. because there aremany dubsters like Nandu,Aneesha,Darshana and are really awesome performers. Rahul is my bestie.. Jayanth has been my support system and my bestie too.. 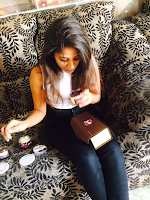 “ Spread happiness and stop all the controversies and we should change the perception of life .. why don’t we just change, Do help people whenever they need something .. I do believe in Karma and all.. I feel happy when I can inspire someone.. I don’t believe in stardom and celebrity status.. We are humans and we end up doing many mistakes and we are supposed to learn from them.."

This interview has been done with lots of efforts and if someone wants copy to their website kindly source back and credit us ..