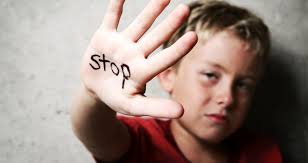 The report from Human Rights Watch comes in the wake of the fatal gang-rape of a young woman on a New Delhi bus in December, an attack that shook the conscience of the nation and forced people to recognise the problem of sexual violence.

The report said child sexual abuse is disturbingly common and Government responses fall short in protecting children and treating victims. It also said the inspections of state-run child facilities were inadequate, with many not even registered with the Government as required by the law.

The group called for strict implementation of laws on sexual violence and better monitoring of child-care facilities. It also demanded more sensitive treatment by police, including an end to internal medical exams that it says are traumatic and pointless.

There are no clear statistics on the number of child abuse cases in India, primarily because of the low reporting of such crimes. As a result, Human Rights Watch based its reports on hundreds of detailed case studies with victims and their relatives, child protection officials, independent experts, police, doctors and social workers.

India’s 430 million children form a third of its 1.2 billion people and around one-fifth of the global child population.

“The vulnerability of children to sexual abuse is very high, and it becomes worse because there is nobody monitoring these children’s homes,” said Anuja Gupta of the Recovering and Healing from Incest Foundation in New Delhi.

Abuse often is committed by the caregivers, she said.

“When the caretaker himself is the abuser, the situation is especially traumatic because then the child has nowhere to go,” Gupta said.

In many cases, police or court officials refuse to accept that rape or incest has taken place, said Shantha Sinha, the head of India’s National Commission for Protection of Child Rights.

“People have to be made aware of their rights, the procedures to be followed in registering a case in a police station, and insist that they get justice,” Sinha said on Thursday at a press briefing.

In India, child abuse is often aggravated by poorly trained police officers who refuse to register complaints or who encourage victims to seek settlements with their attackers. Convictions are rare and cases can languish in the country’s sluggish court system for years, if not decades. Police officials insist their forces are getting more training to deal with sexual violence.

The outcry over the Delhi bus rape forced the government to rush through new laws to protect women. A government panel appointed after the attack to examine the country’s treatment of women also shone a light on the high incidence of child sexual abuse and the failure of the government to ensure the implementation of child protection laws.

While the government passed a comprehensive law to protect children from sexual offenses in 2012, efforts to implement it were poor or non-existent, activists say.

Government officials admit that a major handicap in putting the law into practice was the lack of resources to fund monitoring.

“Some states have lagged in providing the required infrastructure to ensure implementation of the law,” said Vivek Joshi, a top official in India’s ministry of women and child development.