Unsend messages already sent - A New Feature Of We Chat 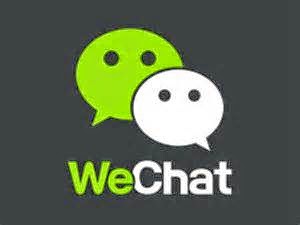 WeChat has grown at a tremendous pace in India in a very short period of time and within a year of launching WeChat was the 2nd most downloaded application on iOS.In an exclusive interview with Nilay Arora, VP Marketing & Business Development, WeChat India, Krishna Bahirwani explores why WeChat is gaining popularity in India. What do you feel will be the differentiating factor for WeChat in India ?

WeChat is one of the leading social communication apps globally with almost 400 million monthly active users which enables users to communicate with their friends and family in multiple richer ways.

WeChat was launched in India in May 2013 after a great deal of research on the Indian youth behaviour towards messaging and understanding how they connect with their friends. In addition to bringing some of the pioneering and most innovative features to the messaging and communication on mobile, WeChat has also brought out elements, which are relevant for local Indian audiences.

Voice Messaging:While the feature is common across few of the social messaging platforms now, WeChat was the pioneer in introducing this feature in India as well as globally. Voice Messaging enables users to avoid typing, and just get on with their lives in a smoother manner as they can just tap, hold and send their thoughts to their friends in a few seconds by just speaking to the WeChat screen, and their friends can check their messages and reply to them in free time. WeChat realized very early on that localized content is a key differentiating factor for Indian audiences as India is a land of festivals, colours, joy and vivacious expressions & idioms – and hence localized Stickers were introduced to platform.

In fact, WeChat is the only messaging app that has consistently launched unique Animated stickers to celebrate Indian festivals and special days such as Diwali, Holi, Independence Day, Friendship day etc. and even created local popular content characters stickers such as Angry Aunty, Jabber, Bade Chhote of 9XM fame etc.

These have shown significant usage among WeChat’s users suggesting high uptake and love of users towards WeChat’s animated Stickers as they help them express their emotions in a much more vivid and fun manner.

As part of user education and building unique content experiences, WeChat has also partnered with various Bollywood players, where a number of production houses have tied up with WeChat in order to reach out to their target audience through the ‘WeChat Blockbuster’ Official account. Users following this official account get exclusive updates, wallpapers, trailers, sound bytes of stars and behind the scenes of the featured movie. In the recent past, movies like ‘R.. Rajkumar’, ‘Queen’, ‘Yaariyaan’, ‘Shudh Desi Romance’, ‘Ek Villian’, ‘Bhoothnath Returns’ etc. have been featured on this account.

What according to you are WeChat's most innovative features ?

Continuing these efforts of innovating and providing the users with a rich communication platform, over the last year we have introduced a number of innovative features which are unique to WeChat.

Real Time Location Sharing : This feature is an innovative feature which enables the users to share their real time location on an inbuilt map on WeChat. It’s an opt-in feature where a number of participants can share their location with each other once the feature is switched on. This feature is especially useful for Women’s safety, where you can track/monitor the movement of your sister, girlfriend, mother, wife when she’s travelling late or to an unfamiliar place as it tracks the movement real time. This feature enables users to make free voice and even video calls to one another. With youth being our primary audience, this feature not only gives them an edge over other applications but also proves to be cost effective for them. These features are accessible at all locations and times for users with an active data plan. It’s user friendly and has simple user functionality. These can be used by various people in varied situations like long distance relationships, students living away from parents, spouses working in different cities etc. For example: A student staying away from his parents can see and speak to his parents every day, without any additional cost through Video Calls or make free Voice Calls to his parents to keep them informed about his well-being.

Friends Radar: Through this feature users can scan their surrounding area using the Friend Radar and spot their friends and acquaintances on WeChat who have enabled their radar feature, and with just one simple tap they can now start a conversation with them and exchange voice notes, Stickers and initiate voice and video calls. This feature can be used in a number of ways and is especially useful for youngsters during the first day of college, fresher’s party, college festivals, conferences or even alumni meet when youngsters are likely to meet many new friends, exchange contacts with each other and would like to keep in touch with them

Apart from the above we also have features such as Recall message, Translate message, favourite message/ cloud storage which have been appreciated by the users.

What are your thoughts on the messaging industry and where do you see it going in the near and far future?

The instant messaging application market is expanding at a rapid pace. WeChat has gone from almost zero to 400 million users in a time period of three and a half years. This suggests an extremely rapid uptake of a product and category probably never witnessed earlier in history. There is no doubt that the messaging applications are here to stay and will only grow going forward.

At WeChat, our focus has always been to listen to our user feedbacks and then build features, capabilities and experiences that enhance human communication and connection. As messaging apps evolve into a platform, the unique differentiator wouldn’t just be network of users but also the ecosystem of brands, entities, services and celebrities to strengthen these network effects. With its unique capability of Official Accounts, localized content based Stickers and a set of pioneering and innovative features, we’re sure WeChat would continue to serve users and enable them to communicate better.

Tell me about WeChat's integration with Razer's Nabu ?
This is a project for users of Weixin in China. WeChat and Weixin are two sister products. While Weixin is focusing the China market, WeChat is aimed to serve customers outside in international users. The integration between Nabu and Weixin allow Weixin messages to be showed on the Nabu smartband. Further details to be available when the Nabu smartbrand is launched in Q4 this year.

How private are conversations on WeChat ?
WeChat is a completely safe and secure messaging application. Users can add one another by searching for the WeChat Id on WeChat and based on the privacy settings users have the option to accept or reject the friend requests.

Recently, we added an interesting feature of private group chat, wherein the user can create a group chat with their friends and the group can only be accessed by a passcode. Hence, keeping the chat private.

How secure is WeChat as an app ?
WeChat is a safe and secure communications tool. We take user data protection seriously in our product development and daily operations, and at the same time, like other international peers, we comply with the relevant laws in countries where we have operations.

Where do you see the WeChat in the future ?
WeChat’s core philosophy and focus is innovation and creating an ecosystem that provides the users with a one of kind and rich communication experience. We are committed to the Indian market and going forward there will be addition of more social elements in WeChat, with localized content and functions to develop the local community.

After understanding the user sentiment and requirements we decided to roll out an upgraded version of the application which includes various innovative and user friendly features.

WeChat has grown really fast in India in a very short period of time and within a year of our launch we were also the 2nd most downloaded application on the iOS. We will continue to cater to our user base in India and offer them with features that will continue to make communication interesting as well as fun.

What can we expect from WeChat in the coming months ?
Our highest priority has always remained to provide our users with a rich communication experience which is not hindered by in-app advertising and other pushed content, which might restrict a user’s interaction.

Owing to our efforts aimed towards localization and innovation, WeChat has remained one of the fastest growing application and has been consistently topped the charts across app stores throughout the world.

Going forward too, our focus will remain towards innovation and providing our users with rich communication experience. Stay tuned for more!