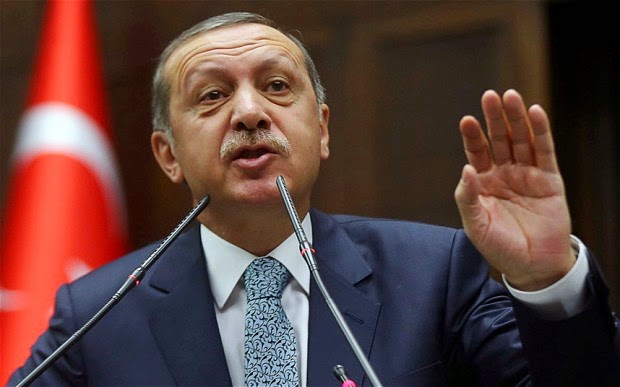 Twitter has been blocked in Turkey, hours after the country's Prime Minister Tayyip Erdogan vowed to "eradicate" the social network in response to alleged recordings of him making corrupt statements being posted on the site.
A number of incriminating wiretaps, including one in which Erdogan supposedly instructs his son to dispose of large amounts of cash from a residence during a police graft probe, have surfaced on the internet in the past weeks.
Erdogan denies corruption and says the recording was a fabrication. The leaks come at a particular sensitive time for the government with key local elections taking place this month.
Speaking at a rally on Thursday Erdogan said: "We’ll eradicate Twitter. I don’t care what the international community says. Everyone will witness the power of the Turkish Republic."
By the early hours of Friday morning, the country’s 10 million Twitter users began to report access the site being blocked. They are now confronted with a notice from Turkey's telecommunications authority, citing court orders as reason for the site's closure.
European Commission Vice President Neelie Kroes criticised the ban on her Twitter account as "groundless, pointless, cowardly".
"Turkish people and the (international) community will see this as censorship. It is," she said.
Twitter's @policy account has sent out messages telling Turkish users in both English and Turkish how to send out tweets by text message.
Turkey has no current plans to block access to other social media platforms such as Facebook, a senior Turkish official told Reuters on Friday.
"The path was taken to block access within the framework of a court decision because of the failure to overcome the problem with the management of Twitter," the official said.