Humans Being Dictators Of Humanity - An Emotional Extinct Of Society 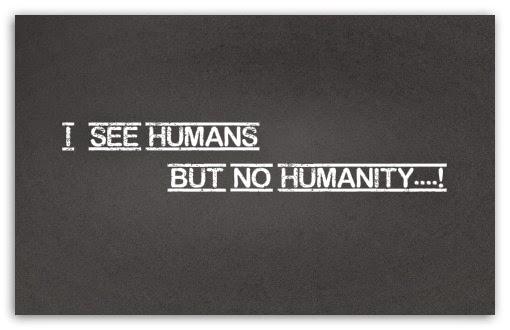 Each of us has issues. Some days  –  as a doctor or a teacher or a truck driver  –  one has mostly professional concerns. Other days, our issues are entirely personal: finding food, holding our job, raising our children, sustaining a relationship.
"There comes day when a robot says "GoodBye Humanity, Now there exist a single type of animals on this planet" " 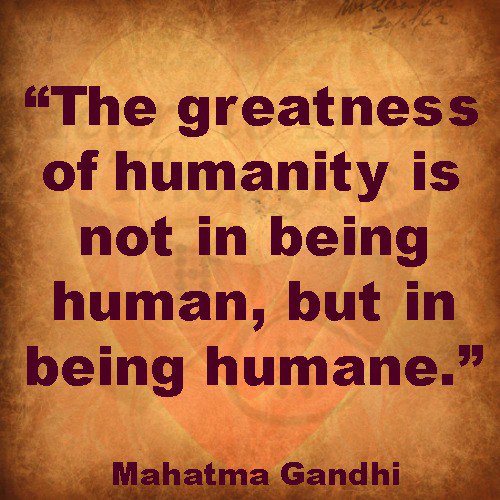 Either way, on any given day, as inhabitants of complicated, unpredictable societies, we may need to research a particular issue important to us. So THI has designed this section to welcome your curiosity and to facilitate your hunt for some worthy cause.

"The aggregate happiness of society, which is best promoted by the practice of a virtuous policy, is,or ought to be, the end of all government"
Turns out, we do a lot of them. Sometimes, that gets us into a jam we can't get out of.
The good news is that's not always the case.
Diamond also points to societies that acted stupid but managed to fix things before it was too
late.
So, there's still hope for me, and for us.
Think less & Feel More when you know that you are also a part of the society.

Positive change comes in the most intimate and the most expansive ways. Each of us in fact, every day, engages in making the world a better place (some times in spite of ourselves!). This section intends to be a wide-ranging invitation, an encouragement to explore both the practical and the mysterious as you expand your horizons, as you consider offering your good will, courage, energy, experience, sense of humor and heart to the world in new and challenging ways.
"Humans please save Humanity,Let her live on this planet before you get extinct"

Youth is never lazy,when it takes something serious believe it or not there would a mystery unreveiled for years later.

Remember Nirbhaya protest In Delhi Shaking Entire Nation , Please Do spend your time atleast when you want to know about your society.

The budding physiotherapist was manhandled in a moving bus and later thrown off after stripping her naked on Sunday, 16th December 2012. The incident took place on a private chartered bus on the busiest road; Ring road in THE CAPITAL CITY OF INDIA, Delhi! The city which is also infamously termed as the Rape capital of India.The chime sounds every four minutes on the radio station, reminding listeners that statistically yet another child or woman in South Africa is being raped.

It's also a call to arms for citizens outraged over the gang-rape of a teenager who was mutilated - her body carved open from her stomach to her genitals - and left for dead on a construction site. While India agonizes with its high prevalence of rape because of a fatal attack on a young woman on a bus, South Africans are now becoming galvanized by the attack on the teenager in a small town. Civil society and governments in both countries are saying this must stop.

"Somehow, somewhere there must be a tipping point where society is so convulsed by a collective anger over rape that we begin to turn the tide against this terrible scourge," the newspapers said. "Each of us needs to ask what we can do to stop this awful trend. And then we must act accordingly. You can help."

"Stand up. Speak out. Help us turn this evil around once and for all."

South Africans appear to be inspired by the mass demonstrations in India that protest a culture of sexual violence and revulsion over the gang-rape of a 23-year-old woman on a New Delhi bus who died of internal injuries from a metal bar. India, with a population of 1.2 billion people, had 24,206 rapes reported in 2011. South Africa, population 50 million, reported 2.5 times that number of rapes last year.