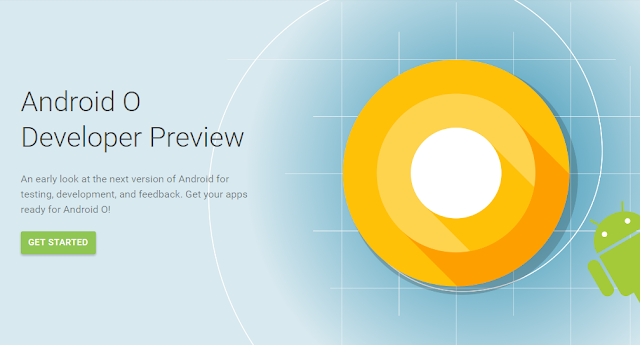 My preferred new function in Android O is the capacity to do machine-wide notification drowsing. If you don't need to cope with a notification proper now, just pull it to the side a piece, with a purpose to unveil a brand new "clock" icon. Tap it, and the notification may be routinely snoozed for 15 mins. You can tap at the drop-down menu to growth the time to 30 minutes or an hour. This is truely reachable, however I'd like in an effort to customize the times here. I'm positive a few people would really like a few hours, or maybe a "the next day" option. A "type to your time" alternative would be nice, too.

We observed in Google's announcement that a brand new thing referred to as "Notification Channels" could be in Android O, and now we virtually have an awesome example of them. You can lengthy-press on a notification or dig thru the settings and tap on an app's "notification classes" settings, and machine UI truely has a operating model. Before, you may handiest block all or none of the System UI notifications, however in Android O, you get separate controls over notifications for screenshots and garage, along side greater ambiguous items like "Alerts," "General Messages," and "Miscellaneous."
Pull down the notification panel to reveal the Quick Settings and you will see even more changes. The triple-feature Quick Settings buttons are returned—tapping at the icon does one factor, tapping on the text does a second feature, and lengthy urgent at the icon does a third element. Take Wi-Fi, as an example: A faucet at the icon turns Wi-Fi on and off, at the same time as a protracted-press opens the entire Wi-Fi settings. A faucet on the lowest Wi-Fi textual content will open the Wi-Fi panel. It's complicated and difficult to recollect. Google commenced this Quick Settings layout in Lollipop, bumped off it in Marshmallow and Nougat, and now it's returned in Android O.

A new Ambient Display layout is a massive regression over the antique layout. Ambient Display is a low-energy notification mode that kicks in whilst the display screen is "off." When a notification comes in, or whilst the tool is moved or tapped on, the display will light up in brief with a white-on-black UI and display you your new notifications. The older approach was great—it changed into just a black-and-white version of the notification panel. This new edition is a custom design that shows much less information whilst a notification first is available in or even less on next viewings.

Take Gmail: within the antique version, you obtain the "Gmail" app name, the account, time, contact icon, contact name, and email situation. Now you get the app name, touch name, and that's quite a good deal it. You get action buttons now ("Archive" and "Reply"), however they may be quite vain while all you can see is the touch call and not one of the message text. This show is what you get while a notification first is available in. After that, all you get is the Gmail icon. This is terrible, and it just appears unfinished.

Settings: Lots of upgrades, and don’t worry about the incomplete UI

The settings are absolutely new and completely white. Everything has been rearranged. Keep in mind that that is the AOSP Android O Settings as opposed to the Google Settings for Android N.
There's a brand new icon, too. It's white. It looks bland and tough to see against the white heritage, however it is probably alleged to be bland. No one ships the AOSP settings anymore. This can be rethemed.
The new settings are tons shorter than the antique settings.
Here are the first objects from O and Nougat. This used to just be a list of Wi-Fi routers; now it is a complete connectivity page.
You can get the identical options on one-of-a-kind monitors now, so there is no more guessing if "sleep" is a display putting or a battery setting.
There is not anything in Android N just like the new "Apps & Notifications" display screen, which gathers up all of the various notification settings right into a unmarried object.
The new battery screen.
Scroll down for a few "tool usage" stats, and the battery chart still exists. It's just on some other display screen now.
It looks as if first-class-grained battery data, like this display from Nougat, is long past, however.
Storage gets a brand new circle graph and a huge teal "Free up area" button.
The new "safety" web page has a massive fats "Security Patch Level" button on the pinnacle. It seems to open the "take a look at for replace" web page right now.
The new sideloading app installation message.
Rather than a cellphone-huge "unknown sources" checkbox for sideloading, sideloading is now constrained on a in step with-app foundation.
You now get lots extra records approximately what's going on with the backup machine.
Pick your Bluetooth codec!

The settings app has been definitely reworked. Everything is rearranged and condensed, and the layout is... Nicely, it is exclusive. Settings now has a bland, white subject matter and plenty of funky margins. Even the icon is sort of all white, which makes it very difficult to see on the white historical past of the app drawer. I wouldn't placed an excessive amount of inventory into the color scheme of the modern-day Settings app, although. Remember, those are the AOSP settings, which almost never deliver in production devices. Samsung and other OEMs will of path skin the crap out of the settings, but even Google now ships the "Google Settings" on Pixel gadgets. The AOSP Setting layout looks like a placeholder as it most probable is a placeholder.

The Android O settings had been seriously condensed and now are most effective about half so long as the Nougat version. Settings had been placed into logical sections like "Network & Internet" for Wi-Fi and cellular options; "Connected Devices" for Bluetooth, NFC, and USB devices; and "Security and Screen Lock" for encryption, fingerprint, and lock display type.

Google also took the notable step of having more than one entry factors for a putting in special sections. You not should wonder if the device timeout placing is below "Display" as it's tied to when the display shuts off or "Battery" as it's carefully tied to battery utilization. You'll now locate the option in both spots. For people who might instead browse the settings than use the search choice, that is a exceptional trade.

I'm additionally a large fan of the "Apps & Notifications" display screen. It pulls in all of the various app settings and permissions onto a unmarried display—notifications, app permissions, default apps, special get admission to, and extra. One of the matters we complained about with past Android versions changed into that app settings have been everywhere in the area in the settings, and now they are in the end in a single available spot.

The permissions for "sideloading" apps—putting in an app from outside of the Google Play Store—paintings in a different way now. In older model of Android, there has been a single, device-wide "Unknown assets" checkbox. In Android O, putting in non-Google Play apps works on a per-app foundation. The new "Install other apps" display will display which apps have permission to install apps. There are a few in reality stupid entries right here—is all of us putting in apps from the calculator? Does that need to be in this listing with a "no" next to it? I assume it would be higher to simplest include apps that could access the outside international.

Another thrilling new addition is the "Backup" screen, powered by Google Drive. This is essentially a massive status dashboard for the "new" backup system delivered in Android 6.Zero. Right now the whole lot says "waiting to lower back up," so we'll ought to permit the smartphone take a seat for a few days and notice what it does.

You at the moment are asked on your lock display screen PIN or password whilst you allow the Developer Options. Inside, you will find the big new alternative is a selectable mode for the Bluetooth, permitting you to pick from the conventional SBC or the new, better-quality options like Sony's LDAC and Qualcomm's AptX. Anyone have well suited headphones?


The settings app has been totally reworked. Everything is rearranged and condensed, and the design is... well, it's different. Settings now has a bland, white theme and lots of funky margins. Even the icon is nearly all white, which makes it very hard to see on the white background of the app drawer. I wouldn't put too much stock into the color scheme of the current Settings app, though. Remember, these are the AOSP settings, which almost never ship in production devices. Samsung and other OEMs will of course skin the crap out of the settings, but even Google now ships the "Google Settings" on Pixel devices. The AOSP Setting design looks like a placeholder because it most likely is a placeholder.

The Android O settings have been seriously condensed and now are only about half as long as the Nougat version. Settings have been placed into logical sections like "Network & Internet" for Wi-Fi and cellular options; "Connected Devices" for Bluetooth, NFC, and USB devices; and "Security and Screen Lock" for encryption, fingerprint, and lock screen type.

Google also took the fantastic step of having multiple entry points for a setting in different sections. You no longer have to wonder if the device timeout setting is under "Display" because it's tied to when the display shuts off or "Battery" because it's closely tied to battery usage. You'll now find the option in both spots. For people who would rather browse the settings than use the search option, this is a great change.

I'm also a big fan of the "Apps & Notifications" screen. It pulls in all the various app settings and permissions onto a single screen—notifications, app permissions, default apps, special access, and more. One of the things we complained about with past Android versions was that app settings were all over the place in the settings, and now they're finally in one handy spot.

The permissions for "sideloading" apps—installing an app from outside of the Google Play Store—work differently now. In older version of Android, there was a single, system-wide "Unknown sources" checkbox. In Android O, installing non-Google Play apps works on a per-app basis. The new "Install other apps" screen will show which apps have permission to install apps. There are some really silly entries here—is anyone installing apps from the calculator? Does that need to be on this list with a "no" next to it? I think it would be better to only include apps that can access the outside world.

Another interesting new addition is the "Backup" screen, powered by Google Drive. This is basically a big status dashboard for the "new" backup system introduced in Android 6.0. Right now everything says "waiting to back up," so we'll have to let the phone sit for a few days and see what it does.