10 Facts and Rules regarding withdrawal of Provident Fund 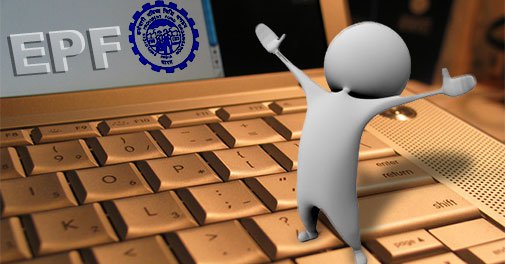 The Employees' Provident Fund Organisation (EPFO) has been taking many steps to ease the process of provident fund (PF) money withdrawal. The PF money can be withdrawn after two months from the cessation of employment. The application form can be filed with the PF authorities or through the employer. PF is meant for saving towards retirement years. Financial planners don't advise withdrawal from the corpus before retirement. According to provident fund norms, 12 per cent of an employee's salary goes into the fund along with a matching contribution from the employer. The EPFO (Employees' Provident Fund Organisation) every year announces interest rate to be paid on the accumulated provident fund corpus.
Here are 10 things to know:
1) To encourage long-term savings, the government has formulated tax laws accordingly. If the withdrawal from a recognised PF happens after five years of continuous employment, it attracts no tax liability. In case of employment with different employers, if the PF balance maintained with the old employer is transferred to the PF account of the new employer, it is considered a continuous employment.

2) If an employee has been terminated because of certain reasons beyond his or her control (such as ill health and discontinuation of business of employer), the withdrawal does not attract any tax, irrespective of the number of years of employment.
3) In case of a withdrawal before five years, the amount becomes taxable in the same financial year. Thus, the amount has to be shown in your tax return for the next assessment year. The employer's contribution to PF and interest earned on it is added to one's income and taxed accordingly.
4) In addition, if you have claimed benefits under Section 80C on your own PF contribution, it will be taxed as salary. The interest earned on your own contribution will be taxed as 'income from other sources' and taxed according to the respective tax slabs.
5) TDS (tax deducted at source) - If the withdrawal is after a period of five years of continuous employment, it attracts no TDS or any tax. What happens if the period of service is less than five years? If PAN has not been submitted to the EPFO authorities, TDS is deducted at 30 per cent. If PAN has been submitted along with Form 15G/15H, no TDS is deducted. If form 15G/15H is not submitted and PAN is submitted, TDS @ 10% is deducted. Form 15H or 15G is meant to prevent TDS for those whose income falls below the taxable limit.
6) The funds transferred from a recognised provident fund (PF) account to a National Pension System (NPS) account will not attract any tax, Pension Fund Regulatory and Development Authority (PFRDA) said in a circular dated March 6. "The amount so transferred from recognised Provident Fund/Superannuation Fund to NPS is not treated as income of the current year and hence not taxable," the pension fund regulator said
7) The Employees' Provident Fund Organisation has come out with a single-page form for provident fund related claims - from provident/pension fund withdrawal to the advance facility.
8) In addition, an Employees' Provident Fund Organisation or EPFO subscribers can submit the new one-page form directly to the retirement fund body without the employer's attestation if their accounts are seeded with Aadhaar and bank account details.
9) For subscribers who are yet to seed Aadhaar and bank details, a new composite claim form has been introduced which has to be submitted with attestation of employers for any claims.
10) Also, no other document would be required to be submitted by the subscriber for taking advances from the provident fund corpus. A provident fund subscriber can go for partial withdrawal/advance from his or her corpus for specific purposes like purchase of flat, construction, marriage/education of children etc.

All the posts are written with lots of love for our readers.. We would love to see you sharing our posts. We never spam with wrong content.. You can happily depend on our content. With lots of love @Editor, Swapnamithra. Copyright reserved .