The Grid Uses Artificial Intelligence To Design Your Websites For You 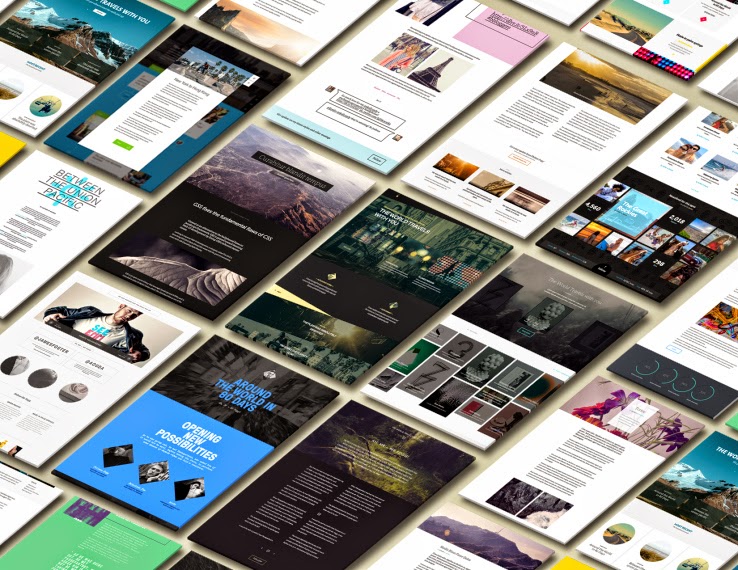 Designing a good-looking website has never been easy, and while many services promise to let you build a site without ever having to touch any code, you quickly reach their limits if you want to have a more advanced site. The Grid, which is launching its crowdfunding campaign today, promises to do away with all of this. Instead of designing your site pixel by pixel yourself, The Grid team wants to use artificial intelligence to design your site based on your content and goals (more followers, more customers, higher sales, etc.).

The service is being developed by Ex-Google AdSense Director of Products Brian Axe and the first Medium designer Leigh Taylor. “We’ve spent the last few years building a form of artificial intelligence that functions like your own personal graphic designer, able to think about your brand and present it in the best way possible,” says The Grid CEO and co-founder Dan Tocchini in a statement today. “The design adapts to your content, not the other way around.”

The company hopes to raise $70,000 for its service to start production and expects to open up its doors for its backers in late spring 2015. The Grid already has some financial backing from former Facebook VP of Product Greg Badros and former President of Disney Interactive John Pleasants. The idea is to sell access to The Grid for $25 per month, but early backers can lock in an $8 per month price.

According to the Grid team, users will only have to upload images and text and the service will analyze the content and create a responsive site in a few minutes (using Grid Style Sheets). It will look at the low- and high-contrast areas in your images and place text accordingly, crop images using face and feature-detection and automate your color scheme automatically.

The Grid promises to work its magic on your content and personalize your site for you. That’s quite a large promise, though, and it remains to be seen how well all of this works in practice. The team promises to free you from the use of templates. If it can do that — and create thousands of personalized sites that aren’t immediately recognizable as The Grid sites (the way you can easily detect a site that uses Bootstrap, for example), the Grid team is on to something really cool.

The team definitely has the background to pull this off and the early demos look impressive. It’ll be interesting to see what the final product looks like, however, and how intelligent it really is.