Home » news » social issue » Why Are Women So Averse To Menestruation And Periods ??

Why Are Women So Averse To Menestruation And Periods ??

A+ A-
Print Email
Being a woman in a country like ours is a tough job - here, a woman’s “purity” is of prime concern to people who have nothing to do with her; a woman’s purity is defined by her intact hymen, and a pure body is dependent on her menstrual cycle – there are thousands of families out there who shun off women of their families when they are menstruating.

In Islam, a woman is not allowed to offer prayer or perform other religious activities such as fasting or circumambulating the Kaaba, etc. This is in accordance with the law of the uncleanliness of any blood. Sexual intercourse with the husband is strictly prohibited during menstrual periods.

“How might your life have been different for you if, on your first menstrual day, your mother had given you a bouquet of flowers and taken you to lunch, and then the two of you had gone to meet your father at the jeweler, where your ears were pierced…and then you went, for the very first time, to the Women’s Lodge, to learn the wisdom of the women? How might your life be different?”


Story Of A Girl:

I try to control my crying. But once a month, I lose the battle. Two days before my period begins, I fall into a bottomless emotional pit in which I sob for, well, no good reason at all. You know what I'm talking about.

Which is why you won't be any happier than I am with Ad Vingerhoets, Ph.D., a psychology professor at the Tilburg University in the Netherlands. Dr. Vingerhoets's studies show that while in Western cultures women link crying to their menstrual cycles, in non-Western cultures, they don't. What's more, when we keep diaries of when we cry, there's no correlation whatsoever between weeping and menstruation, regardless of where we live.

It could be that we connect crying to menstruation because we like to think of tears as part of our deeper, uncontrollable animal nature; that gives us permission to indulge in those cry-till-you-gag jags. Yet how can tears be animalistic when we're the only animals that cry? It's more likely that we weep because we're so highly evolved — because our minds tease out endless ribbons of regret and conjecture and what if. Tears, says Tom Lutz, author of Crying: The Natural and Cultural History of Tears, distract us from all that inner anxiety by sending us off to find a Kleenex and blow our noses. They relieve our turmoil by refocusing our attention from the mental to the physical.

In that sense, tears are about buying time until we heal. An English scientist who set out to determine what sort of music makes us cry found we tear up when a grace note delays the return to the tonic — the base note in a scale. We know what we expect from a melody. When our expectations are thwarted, we weep. If there's any constant to crying, it may be that our bodies and minds seek a return to balance, an equilibrium. When a baby sobs for its mother, or a teenager weeps at a friend's betrayal, or a woman mourns her dead husband, the common thread is a longing for happiness once had but lost. Tears are our response to life's unfairness. We cry to try to make things right.

Today we have proper bathrooms, enough privacy and sufficient water supply in taps to comfortably bathe. This was not the case about say 50 years ago. Everybody used to use natural water resources like rivers, ponds or lakes to bathe.

Also, today we have fancy sanitary pads or menstrual cups that can be easily changed or cleaned. Conversely, even panties were not worn during those times.

Women back in the day used to use cloth to ‘somehow’ manage menstrual discharge, so just imagine how embarrassing it would have been for them to wash such stuff while using public resources.

No worship/touching idols of Gods during periods:

Temples and other places of worship have always been the most sacred places in houses and in societies ever since mankind has believed in the existence of God.

In rural India where there were mud houses, sitting on the floor during menstruation might have resulted in stains being made on the floor. The smell of menstrual blood would also attract small insects and animals to that place.

In my opinion, the only reason to keep menstruation a secret from men was the inability of women to satisfactorily answer curious questions that they might have posed.

In the Indian context, women hardly had any exposure to scientific reasoning, so if they happened to talk about menstruation to men, then men might have posed questions that they could not have answered. I reckon the experienced ladies of those times consequentially decided to keep it a secret.

No stepping out of homes during their periods:

70 percent of women in India cannot afford sanitary napkins, and only 12 percent of the 355 million menstruating women in the country use them. Just 2 percent of women in rural India use sanitary napkins, even though three-quarters of the population lives there.
The female body is not to be considered a site of pathology and victimised for its potential fertility. Menstruation is a normal, natural, and a physiological function. As a female, I think we can all relate to the discomfort and mood swings that menstruation brings with it. How startling is the fact that there are many Indian women who still use paper, sand, ash or even leaves instead of sanitary napkins? 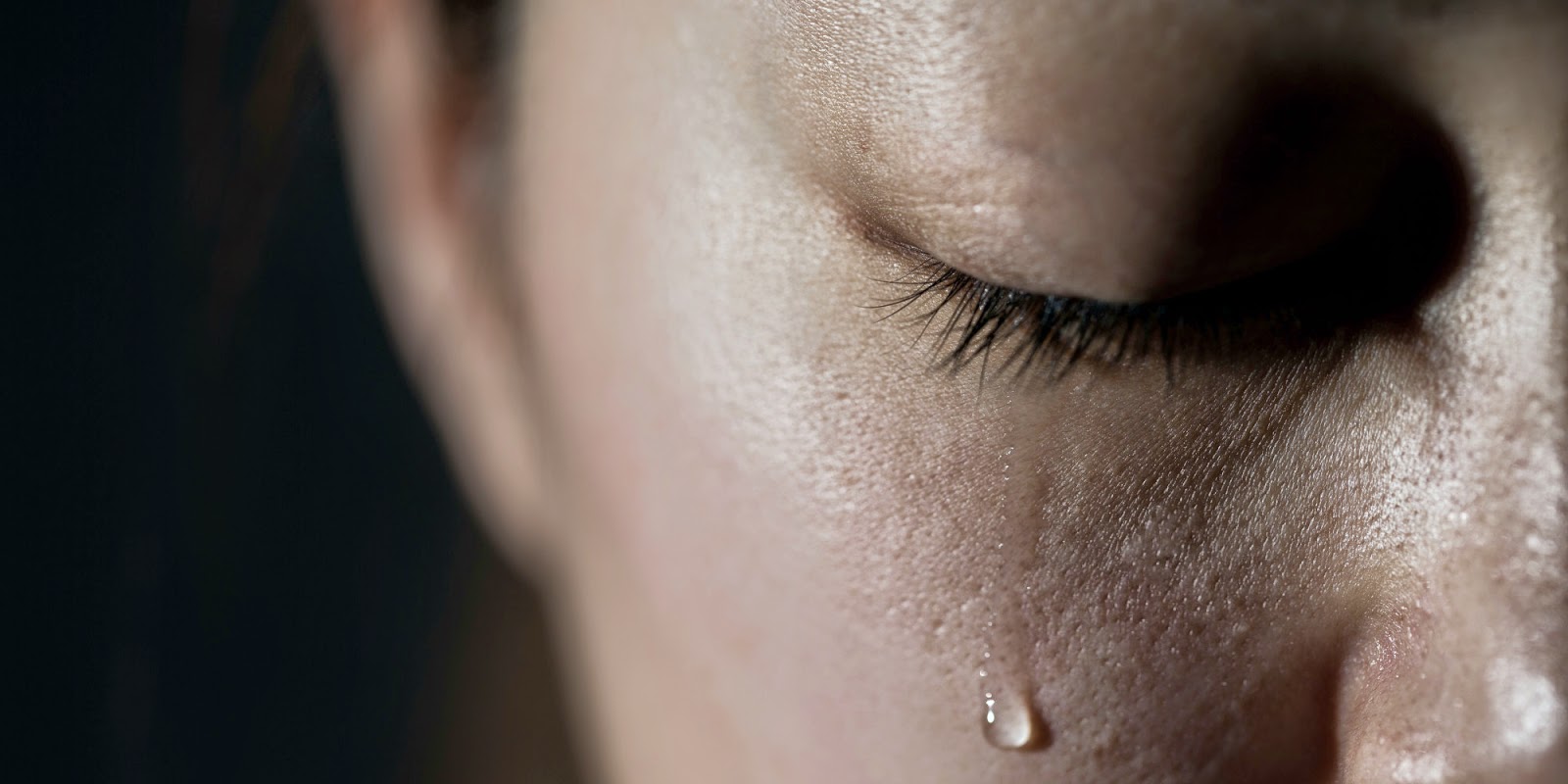 Where, on one side, there are thousands of men disgusted by the fact that their partner is menstruating, there are, on the other hand, men like Muruganantham – a school dropout, who was concerned about his wife using one piece of cloth for months at a time, so he gave her some sanitary napkins as a gift. Muruganantham, in the process, concluded they were indeed expensive for something that’s only stuffed with cotton, so, get this, he set about trying to make his own. Even though his wife’s response was not encouraging, Muruganantham was obsessed with making a napkin that would have win her approval. When she refused to be his subject, he turned to his sisters, and when they warned him against pursuing such a “disgusting” mission, Muruganantham turned to medical students from his village. This sparked rumours about him befriending young girls “for sex”, so his wife left him.

Muruganantham tried getting feedback from his students, but finding their one-word answers lacking, he decided to take things yet another step further. He decided to wear a sanitary napkin himself, hoping that the personal experience would give him an insight into why his napkins failed each time. He created a fake uterus using a soccer ball, attached a pipe to it, and filled the bladder with goat blood. He then attached this artificial uterus to a belt. When he squeezed the bladder, blood would flow from the pipe into the sanitary napkin.

For 10 days, Muruganantham lived a menstruating woman’s life: he walked, bicycled, ate, and slept in this pretend-menstruating state. “I began to stink and stained my attire. Those were the most difficult days of my life,” he says. Frustrated, he sent both his handmade sanitary napkin and the branded one to a laboratory to test the material each used. The results concluded that both napkins were made of cellulose. Yet, the branded napkins were effective; his napkins were not.

Meanwhile, there was more trouble. Villagers, who had seen him bleed, concluded that he had a “sexual disease” and that his genitals were bleeding due to excessive sex. The panchayat ordered his expulsion. Should he refuse, the panchayat said, Muruganantham would be tied to a tree in the fields until the evil that possessed him left his body. He left the village but soon, with valiant efforts, he was able to set up Jayshree Industry that manufactured sanitary napkins at an affordable rate!

On one hand, we have people who see menstruating women as impure, and on the other, we have people like Muruganantham who are getting into the shoes of a woman and going to great lengths to make the life of the underprivileged woman easier.

Why can’t we simply accept the fact that menstruating is as natural as rains in the monsoon?


Why can’t we simply accept the fact that menstruating is as natural as rains in the monsoon? Why can’t we support the women during their periods, instead of ignoring them, snubbing them, asking them to stay out of religious shrines, and adding to their pain and misery? We women did not choose their periods, it is just how we are engineered. Besides, periods are not exactly a walk in the park, and these restrictions that are unreasonably imposed upon women only make matters worse.

This is not an article pointing fingers at anyone. It is all about opening up, though. We don’t want MENSTRUATION and PERIODS to be whispered. We don’t want girls to “smuggle” a pack of sanitary napkins out of a closet or “smuggle” it out of a pharmacy store in only “black” carry bags. Periods are not something to be ashamed of. Instead, women should be proud of it. So what if they bleed? I fail to see how that is a bad thing.

All of us bleed. We don’t go haywire and throw tantrums when a MAN cuts himselfand BLEEDS! We don’t tell him - tum ashuddh ho, mandir nahi jaana. So where is the problem? What is the problem? Is it because menstruation involves vaginal bleeding? Just because a woman is bleeding “down there” does not mean that she is, in any way, impure!

You consider a menstruating woman impure? Let me tell you one thing – your mother did not bleed for 9 months while nursing you. Know what that means? That you were made out of the same blood you consider oh-so-impure.

We might claim to be a progressive country with progressive people. But honestly, do a little soul-searching, and we realise that we are all just a bunch of hypocritical, misogynistic prudes.