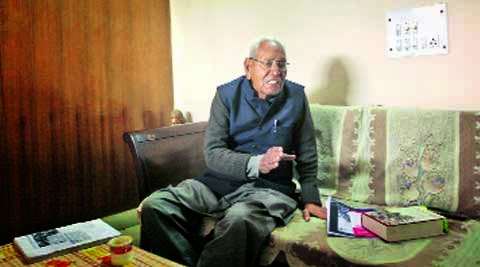 #  Don’t blow out candles on your birthday. It’s “western culture” and needs to be shunned. Instead, wear “swadeshi clothes” this day, do a havan, pray to the ishtadev, feed cows.
#  Drawing a map of India? Make sure you include Pakistan, Afghanistan, Nepal, Bhutan, Tibet, Bangladesh, Sri Lanka and Myanmar. These are part of undivided India or “Akhand Bharat”.
#  Include August 14, Pakistan’s Independence Day, in the list of national holidays. This day should be celebrated as “Akhand Bharat Smriti Divas”.


These are moral prescriptions from books authored by Dina Nath Batra, convenor of Shiksha Bachao Andolan Samiti, that have now become compulsory reading in government schools in Gujarat. On June 30, the state government issued a circular directing more than 42,000 primary and secondary government schools across the state to make a set of nine books by Batra, translated from Hindi to Gujarati, part of the curriculum’s “supplementary literature”. 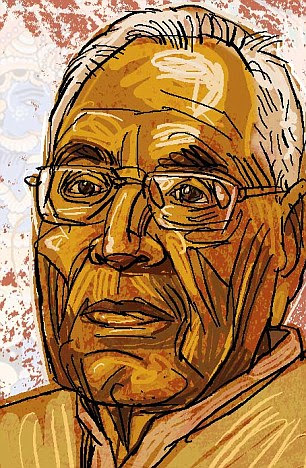 Batra’s civil suit earlier this year had led to the pulping of American scholar Wendy Doniger’s book on Hinduism. He had also sent a legal notice to another publisher about a book on modern Indian history which led the publisher to begin a review of some of its books, including one on
sexual violence during riots in Ahmedabad.

The circular issued by the Gujarat State School Textbook Board (GSSTB) read, “These books on supplementary literature are aimed at imparting quality education. They will be provided free of cost to all government primary and secondary schools, public libraries and will be also available at GSSTB, Gandhinagar, for individuals interested in these books. These are to be incorporated from this academic session.”
On March 4, Gujarat Education Minister Bhupendrasinh Chudasama released the set of nine books — Shikhan nu Bhartiyakaran, Tejomay Bharat, Prernadeep I, II, III and IV, Vidyalaya: Pravitiyon nu Ghar, Shikhsan ma Triveni and Vedic Ganit.

On page 59 of the book Shikhan nu Bhartiyakaran (Indianisation of Education), under the chapter Samajik Chetna (social awakening), the author says, “Birthdays should be celebrated by shunning the western culture of blowing candles. Instead, we should follow a purely Indian culture by wearing swadeshi clothes, doing a havan and praying to ishtadev (preferred deity), reciting mantras such as Gayatri mantra, distributing new clothes to the needy, feeding cows, distributing prasad and winding up the day by playing songs produced by Vidya Bharati.”

Page 49 of the book Tejomay Bharat (Shining India) reworks India’s political map to include some of its neighbours. Batra says, “Students, how would you go about drawing a map of India? Do you know that countries like Pakistan, Afghanistan, Nepal, Bhutan, Tibet, Bangladesh, Sri Lanka and Burma are part of undivided India? These countries are part of Akhand Bharat.” Another lesson in the chapter, Undivided India, reads: “Undivided India is the truth, divided India is a lie. Division of India is unnatural and it can be united again…”

Another chapter on National Unity and Education from the book Shikshan nu Bhartiyakaran reads: “The current language policy allows for the domination of English language which results in Sanskrit being sidelined. By not learning Sanskrit, students will be deprived of the vast knowledge that our epics have on our culture.”

So, “to make students aware of our culture”, Batra recommends his own three-language system to be followed in schools. “The mother tongue should be the first language with 20 per cent aside for Sanskrit, Hindi should be the second language…and Sanskrit or any other foreign language should be the third language.”

Besides, the books advocate a “common code of conduct” for schools across the country — a standard curriculum and a set of moral values.
Bharat Pandit, Director of Gujarat State School Textbook Board, said the books had been chosen so that “students understand our history and culture”. “These books, with several references by Dina Nath Batra from our rich history, will help our students develop moral values and that should be considered an integral part of education. The process of distributing these books is in progress. This is the first time we have introduced supplementary books and we hope that students will benefit from them.”

Meanwhile, the textbook board has still not distributed curriculum textbooks this academic year for Classes 1-5 of government schools, apparently because the state government gave the wrong list of books for publication.