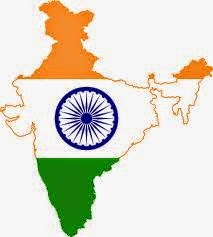 Expectations play a very important role in how social systems behave dynamically. The easiest example of this would be the stock market and investor confidence. Sometimes when people expect the market to go up, the mood is upbeat and the market does go up. At other times for reasons hard to discern, confidence declines and so does the market.

The entire economy itself – which is the largest social system – is subject to expectations. The broadest measure of expectations is the “consumer confidence index” which tracks how optimistic or pessimistic people are feeling about the economy. If the general mood is optimistic, the economy prospers, thus justifying the optimism; and vice versa.

Economists study human behaviour and therefore how expectations affect markets gets a good deal of attention. The most important advance in the economics toolkit in the past century is undeniably game theory. Game theory informs economics because economics studies what happens when economic agents behave strategically.

Like in sports such as football, or board games such as chess and checkers, formal games model how the outcome emerges from the interaction of the choices that individuals make motivated by their own self-interest. The strategic part lies in how a player chooses to do something that is based on his expectation of how the others players will respond to his move.

In the US, Americans of African descent do much worse than Americans of Jewish descent in most spheres. Jews are expected to be good at whatever they do, whether scholarship or the arts, while blacks are expected to generally drop out of school, engage in crime and end up in jail. I believe that from early childhood, people understand what is expected of them and they do as the script dictates. We are prisoners of our own expectations, expectations that get communicated to us by our families and by the environment that we are immersed in. We behave to a large extent on how others expect us to behave.

Consider a trivial example. People expect trash on the streets in India. That expectation allows a person to feel free to add her own (small amount of) trash to the trash lying around. Aggregated over many people over an extended period of time, the trash accumulates as the expectation itself gets reinforced. Different collectives of people have different expectations regarding trash, and thus emerges the difference between a Singapore and a Mumbai.

Sometimes expectations lead to downward spirals in quality. Take a publication such as a newspaper or magazine. There is an average quality of the articles that get published. At some point it accepts a very low quality article. This brings down the average very slightly in the short run but can have a large negative effect in the long run through the mechanism of expectations.

Assume that in general, writing article that are above the average at any particular time is more costly than writing below average articles. The publication of a very poor quality article expands the range of articles that are accepted for publication. So the average creeps downwards as more below the current average articles are submitted. The submission is based on the expectation that it will be accepted as was demonstrated by the very poor quality article. As the average creeps downwards, the quality of the readership changes to reflect the poor quality of the publication, and the good writers move on.

Another example of the phenomenon is that Indians have come to expect politicians to be crooks. Their expectation of a lower moral standard allows the politicians to be immoral scum. The immorality of politicians is widely known. The pile of immoral acts grows and with it, the average level of depravity. The next politician seeing the huge pile, feels free to add to it. The average level of depravity increases and people adjust their expectations downwards appropriately. The vicious cycle continues.

India stands at a crossroads: one way leads to prosperity; the other to continued poverty. Which path it chooses depends to a large degree on what Indians collectively expect. I believe that revolutionary change at its core is the raising of expectations of the people far above the prevailing level. It takes leadership, courage, vision, and heaps of chutzpah.

Imagine that somehow our expectations were raised sufficiently that we would not tolerate crooks and criminals in high office. Imagine that there would be revolt in the streets when we find that the highest political offices are held by murders and embezzlers. Would not that change the political climate, would that not allow the good guys to hold office in India?

India is living though an era of diminished expectations that have been brought about by leaders who had little to offer in terms of vision and direction. For India to get moving, India’s leadership has to raise the national expectation to a level that inspired and inspiring. I am keeping my fingers crossed.