A+ A-
Print Email
Two explosions on a train killed a 24-year-old woman and wounded 10 people, two of them critically, at the Chennai Central Railway Station on Thursday morning. Sources say a man who was found hiding in the train was questioned. 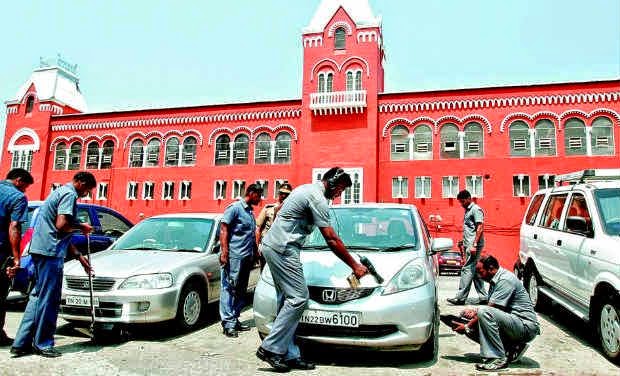 The blasts took place at around 7:15 am in two sleeper coaches of the Guwahati-Bangalore Express, which had just pulled into platform 9 of the station for a 10-minute stop.One of the bombs exploded under the seat of a woman, Swati, who was killed instantly. Officials said she was traveling from Bangalore to Vijayawada. Her relatives have been called to Chennai.
"They were minor intensity blasts. Experts from Delhi will be sent to investigate," said Union Railway Minister Mallikarjun Kharge.


"I got off the train to get breakfast. Suddenly, I heard loud blasts. My children were injured" said a passenger who was traveling on the train.The train was running nearly two hours behind schedule, which raised speculation that some other city may have been the target.A National Investigation Agency team is going to Chennai to join the investigations. Security across India is tight as it nears the end of staggered voting for the national election.The station was cordoned off after the blasts and scores of police personnel, along with sniffer dogs, checked the platforms and coaches. Tamil Nadu Chief Minister Jayalalithaa condemned the blasts and appealed for calm. The state government has announced an investigation by its police and compensation of one lakh for the family of the woman who died.Relatives of passengers have been asked to call on helpline numbers - 044 25357398 (Chennai), 080 22356409 and 080 22156553 (Bangalore).