A+ A-
Print Email
A 12-year-old girl from California has become the youngest female certified yoga instructor in the United States.
Jaysea DeVoe joined the yoga staff at Bergamot Spa in March this year, and since then the tween has attracted a growing following of devotees both at home and from abroad.

Jaysea discovered yoga when she was just 9 and gradually became interested in the meditation, which she practices each morning for 30 minutes to an hour.

"I love how yoga makes my body feel and my soul. It's such a spiritual practise where I can meditate, turn the music on and flow through the poses," she said.

Russo recommended her for the 200-hour certification programme at The Soul of Yoga school in Encinitas.
In March, Jaysea completed the five-month programme with her two friends, aged 13 and 15. 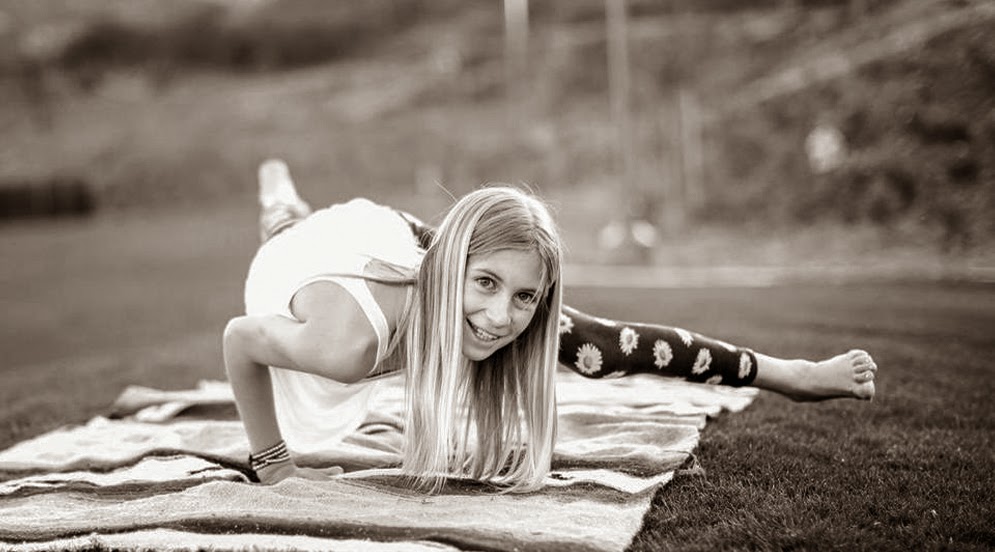 Russo said the three girls not only developed yoga skills but also confidence in public speaking and interaction.
"Her practise embodies the essence of yoga. She's very focused and not easily distracted and she's very enthusiastic," Russo said about Jaysea.

Russo said the three girls not only developed yoga skills but also confidence in public speaking and interaction.
"Her practise embodies the essence of yoga. She's very focused and not easily distracted and she's very enthusiastic," Russo said about Jaysea.

Founder Lauren Duke
Co Founder Josh Vincent
Lauren and Josh met years ago teaching donation based yoga at the Beloved Yurt in Encinitas. Lauren went on to open Green Flash Yoga in collaboration with the Green Flash Gallery. Josh taught there as well. They went on together to Open the Yoga Studio at Bergamot, at the Bergamot spa in Jan 2012.
The intricate weaving of their style and sequencing makes them a perfect blend of shiva and shakti. This reflects in both their levels of discipline and devotion. Lauren has studied Hatha, Vinyasa, Interdisciplinary and Anusara. Josh has studied both Ashtanga and Iyengar. They pull from their well of information not to tell you what’s “yoga right,” or what’s “yoga wrong,” but more importantly to share their experience and ask you to try it all on and see what fits and feels the best for you. It is kind of like an awesome yogic fashion and arts show. You choose what you like! They encourage you to think for yourself and not be afraid to do you.
Their love for yoga shows in both their teaching and in the events and trainings that they host at the studio as well. They hope to sustain the community vibe of the space where people can come and just hang out with friends and get the extra bonus of doing some great asana with some great tunes. They share a deep love for music, Josh is a trained opera singer and Lauren has no classical training but makes up for it with a tremendous amount of heart and raw talent in her singing and chanting.

Their mission is to change the color and the face of yoga. It is for everyone.