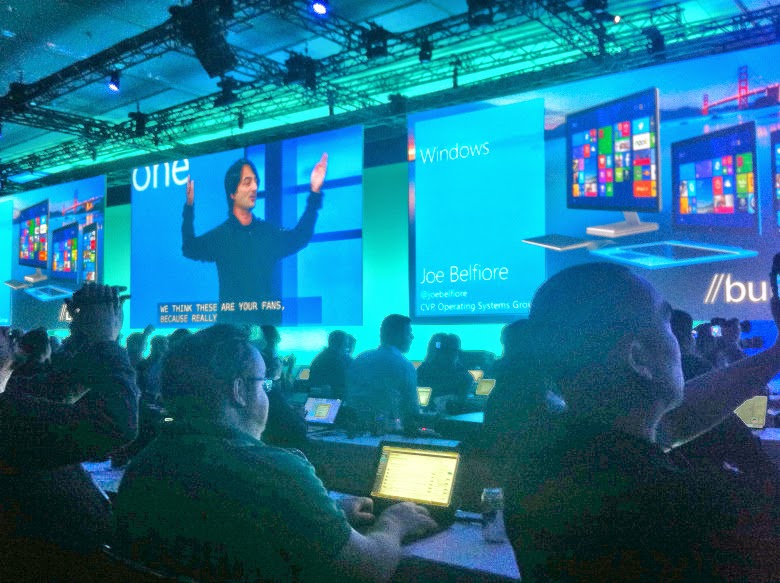 Belfiore demonstrated a new “action center” — a sort of quick reference across multiple applications on the phone — as well as new lock-screen experiences, updates to the app store, the calendar, and other features.
A new Wi-Fi Sense section of settings lets people automatically connect to certain networks and share network access between laptops and Windows Phones. And now you can securely sign in to a Wi-Fi network without asking an admin for the password.
Windows Phone 8.1 also includes improvements on the Windows Phone 8′s Word Flow keyboard. Windows Phone now holds a world record for fastest typing on a smartphone, Belfiore said.
“Windows Phone 8.1 is going to start rolling out to consumers as an update in the next few months,” he said. It will be pre-installed on Windows Phones in late April or early May.
And the Windows 8.1 update, for desktops and keyboards, will be available for free on April 8, Belfiore said.