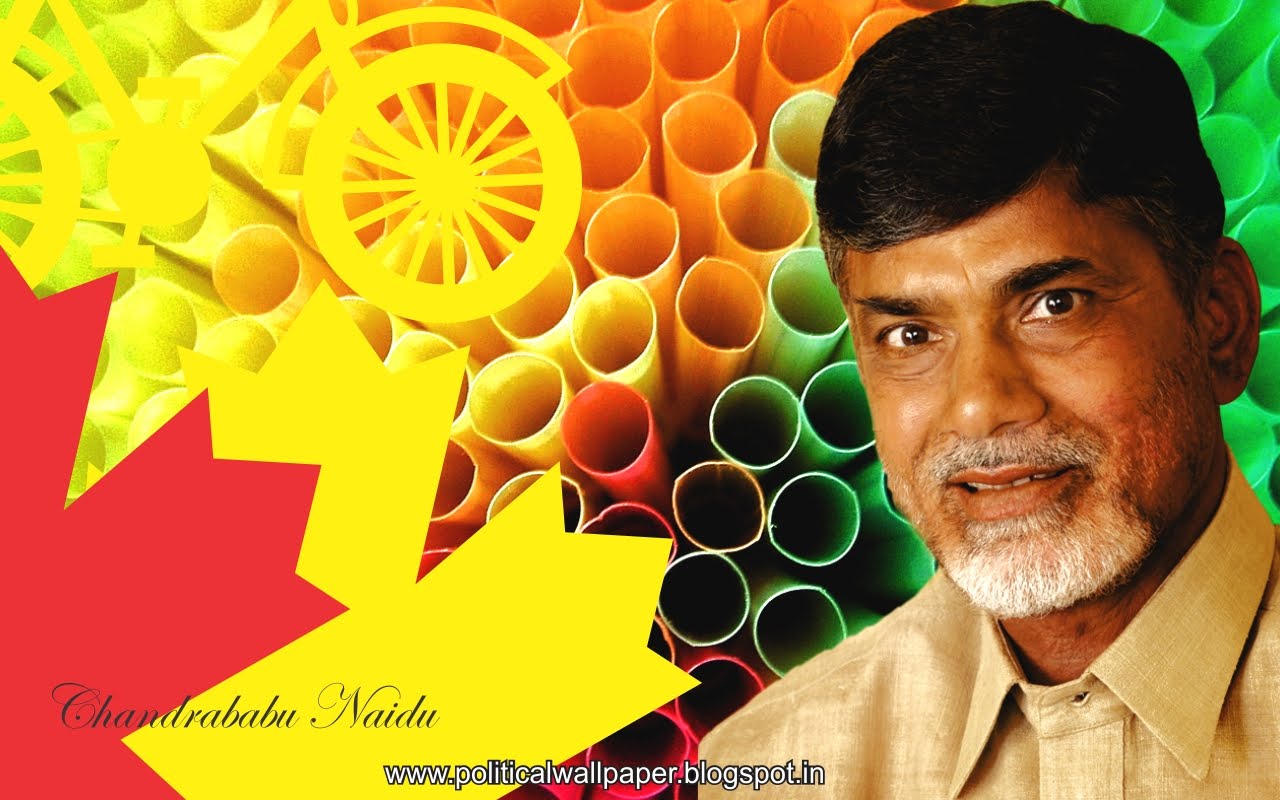 Andhrapradesh. He started his political career as youth leader in Chandragiri.Naidu received a Congress ticket in 1978 under the 20-percent quota for youth from the Chandragiri constituency. He was elected to the Andhra Pradesh assembly in 1978 by the Congress Party and became Minister of Technical Education and Cinematography in T. Anjaiah's cabinet, at age 28 the state's youngest assembly member and minister.In early 1982, there were rumors that NTR would enter politics by floating a regional political party.

Nine months before scheduled general elections, he created the Telugu Desam Party. Naidu remained in the Congress Party, standing again in the Chandragiri constituency against TDP candidate Venkatarama Naidu. The TDP swept the election, the first defeat for the Indian National Congress in the state since independence. Naidu joined the TDP after his defeat, thinking his future would be brighter in his father-in-law's party.Naidu said, "If you want to develop a state, you have to make its main cities a showpiece.

Hyderabad is the capital of Andhra Pradesh. Naturally, when a foreign investor is coming, if I ask them to go to Warangal, Tirupati or Vijayawada they may not go. So for the key sectors like information technology, biotechnology, healthcare and various outsourcing services", coining the slogan "Bye-bye Banglore, hello Hyderabad". Microsoft Corporation has established a software-development centre in Hyderabad, the second such centre outside Seattle. Naidu encouraged other global IT companies (IBM, Dell, Deloitte, Computer Associates and Oracle) to move to Hyderabad, making presentations to global CEOs convincing them to invest in his stateOn 1 October 2003 Naidu survived a land-mine blast, escaping with a fractured left collarbone and hairline fractures of two right ribs.


The blast occurred about 16:00 IST when Naidu was travelling in a convoy to the Lord Venkateswara temple in the Tirumala hills for the annual Brahmotsavam festival.State Information Technology Minister B. Gopalakrishna Reddy, Telugu Desam legislators R. Rajasekhar Reddy and Ch. Krishnamurthy and driver Srinivasa Raju were also injured. After an investigation, Naidu's survival was attributed to the armoured vehicle in which he was riding and God's intervention.


After the bifurcation of Andhrapradesh, he is now participating in elections with a slogan of development.TDP and BJP combinedly joined to compete congress and KCR in elections with the support of Pawan Kalyan, Tollywood Actor.There also have been rumours that Chandrababu Naidu is trying to supress NTR family with his latest actions of sending Purandeshwari,BJP candidate to Rajampet and Not giving ticket for HariKrishna and without the help of Jr.NTR. Though his actions made people furious, his high scopes of winning never decreased. Employees who made a major role in bringing down Chandrababu Naidu are now seeking him in his post back so that they could develop their state with a new capital with all provisions.