The Election Commission of India has announced the dates of the upcoming General Lok Sabha elections.
The announcement marks the enforcement of the Election Commission’s Model Code Of Conduct.
81+ crore people will be eligible to vote this year, with around 9.7 crore new voters since 2009.
9.3 lakh polling stations will be established as opposed to 8.5 lakh in 2009.
The elections will be carried out in nine phases, the first one on April 12, and the last one on May 12.
Counting for all phases will be done on May 16, and the results will be declared on the same day.
The close-to-billion-people strong mandate will vote for a total of 543 seats in the lower house of the Parliament, that will form that 16th Lok Sabha.
Voters will be given the option of “None Of The Above” on the voting machines.
Here is how India will vote, visually. 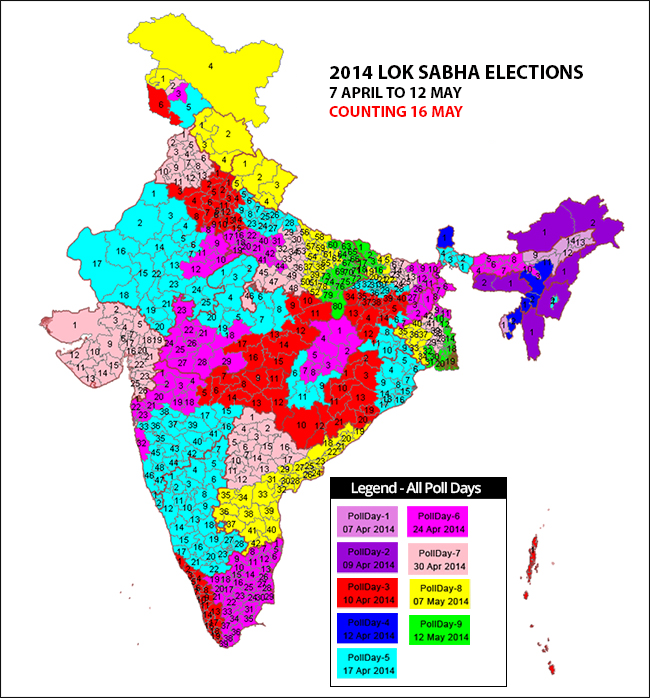