Terror attack in Kathua in Jammu and Kashmir; 1 killed, 3 injured 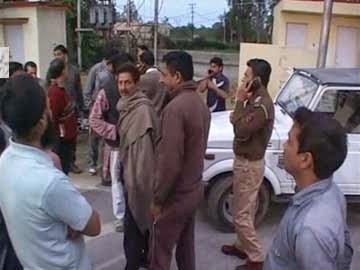 One person was killed and three others were injured after a terror attack in Dayalachak in Kathua, Jammu and Kashmir early this morning.According to reports, four militants in combat uniform stopped a white Bolero a little after 5 am and fired indiscriminately at the passengers sitting inside. They later hijacked the Bolero and fled the spot.A hunt has been launched to trace the car and nab the terrorists.The area where the attack took place is an Army area and is just a few kilometres from international border. Police suspect that the attack was carried out by the militants who sneaked in recently.The injured have been shifted to a government hospital in Jammu.The spot where the attack took place is near the Hiranagar police station which was attacked in September last year by three militants, believed to be from Pakistan. Four people were killed and two were injured in that attack.