Home » Inspiration » lifestories » technology » Can you learn to be creative?

Can you learn to be creative? 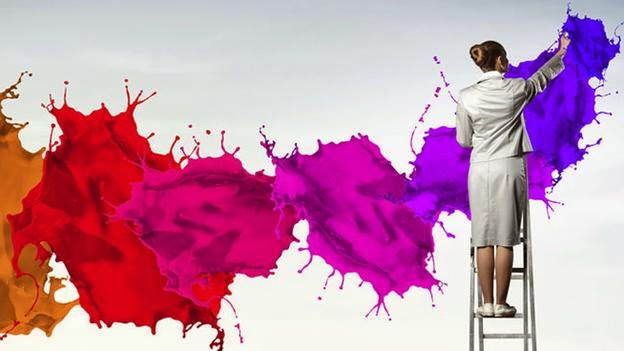 Is it possible to be learn what it takes to be creative? If you look at great artists, musicians or entrepreneurs, it can seem that creativity is a gift possessed by the lucky few. It’s something the rest of us can only admire.
Yet in recent years, there have been growing calls to nurture and teach creativity from an early age in schools and universities. While the secret to unlocking creative genius remains elusive, research suggests that it’s possible to prime the mind for creative ideas to emerge. And creativity is even taught as an academic discipline in some places. So, what are the ways teachers are drawing out that creative spark? And should these techniques be taught more in schools?
The belief that schools are failing to nurture creative skills has grown in recent years. The educator and author Ken Robinson, for example, argued in an influential TED talk in 2006 that current education practices crush student’s innate creative talents. Robinson clearly touched a nerve – this became the most watched TED talk of all time (see below).
Is it true that creativity is being hampered, though? The evidence is mixed. Sandra Russ, a psychologist at Case Western Reserve University in Cleveland, Ohio, has spent 23 years studying the way children in the US play when they are given two puppets and three building blocks. She has found that the scenarios the children act out with the toys are more imaginative today than at any time since the 1980s   .Then again, levels of creativity are falling in formal classroom settings. Children are routinely assessed using the Torrance Tests of creative thinking – for instance, they may be asked to think up alternative uses for an object such as a book or tin can. Test scores today are lower than they were in the 1990s.

Some studies suggest there may be something to these conformity fears. Jack Goncalo at Cornell University in Ithaca, New York, has found that people primed to stand out from their peers subsequently performed much better on a creativity test than those that had been encouraged to conform to a group. “The environments where people are taught to fit in and not stand out – we should intervene on that,” says Goncalo.

Gerard Puccio at Buffalo State College in New York argues that it’s never been more important to arm people with the skills for creative thinking. “It’s no longer a luxury. It’s about survival,” he says. Industries rise when creativity thrives, and fall when it doesn’t – contrast the growth of Silicon Valley with the decline of Detroit’s automobile industry, for example.
Puccio chairs the International Center for Studies in Creativity, which was the world’s first university department of its type. It owes its roots to Alex Osborn, an advertising executive who worked on New York’s Madison Avenue in the mid-20th Century. Osborn co-founded BBDO – theinspiration for advertising agency Sterling Cooper in the TV series Mad Men. To get better ideas from his staff, Osborn began experimenting with methods to provoke creative thinking: one of the most famous he popularised was brainstorming.

When he retired, Osborn realised it made more sense to boost people’s creativity while they were still in education, and this led to forming the creativity department at Buffalo State College. Today, there are creative studies courses available in various universities around the world.
What kinds of techniques are taught? Puccio teaches his students that creativity comes in four stages – clarifying, ideating, developing and implementing. Clarifying is ensuring you’re asking the right question; ideating is about exploring as many solutions as possible; developing and implementing are making sure the idea is practical and convincing to others.
Of the four, ideating is perhaps the stage that most obviously involves innovative thinking. It’s here that the familiar brainstorming technique comes into play. The idea, says Puccio, is to force the brain out of a purely analytical state in which it tends to focus on one solution and ignore other options. A de-focused mind is more likely to make the unusual connections that just might suggest a novel solution to the problem.
One of Puccio’s ideating methods is to ask students to brainstorm a problem and then present them with an object at random, insisting they find a way to connect it to the discussion. “It’s about forcing the brain to give up old patterns and search for new ones. That’s often what happens when inventors make a breakthrough,” he says.

Scientific research supports the idea that certain activities can prime the mind to come up with less obvious solutions than would emerge otherwise. Psychologists call it “divergent” thinking. For example, Joydeep Bhattacharya of Goldsmiths University in London has shown that people in a relaxed mood are more likely to arrive at creative solutions when problem-solving. And another study by Australian researchers showed people are more likely to solve puzzles lying on their back than standing up. Perhaps it’s because when people are mellow, their wandering mindencourages them to review a diverse array of ideas, rather than get stuck in a more focused, narrow mode of thought.
As well as teaching divergent thinking skills, Puccio also argues that successful creativity involves ensuring ideas are practical and convincing – the “developing” and “implementing” stages of his four-step approach. “Creativity is not a licence to be bizarre,” he says.
This flies in the face of some common wisdom about how to encourage creativity. Take brainstorming. Many believe it works best when no idea, however far-fetched, will be criticised. “That always bothered me,” says Charlan Nemeth, a psychologist at the University of California in Berkeley. She found that encouraging people to debate ideas and even criticise them during a brainstorm generates more useful ideas than when criticism is off the table.
This isn’t about criticising for the sake of it, says Nemeth. But if there are genuine problems with an idea they should be discussed. “On balance this will stimulate better decisions and more creative problem solving,” she says.

So what does all this mean for schools? Should we throw out the textbooks and rote learning that are used to prepare students for standardised tests? Encourage children to let their minds wander rather than concentrate in the classroom? It’s easy to be cynical about some of the findings emerging from the study of creativity – although, as Nemeth’s work shows, discussing genuine problems while implementing these ideas in the classroom is probably a useful exercise. For instance, no one in creativity research argues that children should give free rein to their imagination at the cost of understanding a subject. After all, you can’t think outside the box until you fully understand what’s inside the box. But with 21st Century firms emphasising the value of creativity in their employees, it’s important that teachers are allowed to value the trait in their students too – which is something that today’s curriculums often discourage, says Puccio.
It’s also important to note that these creativity techniques are not going to turn an average kid into a young Einstein or Picasso – everyone accepts that you can’t teach genius. It’s more about encouraging the day-to-day creative thinking that can make students and an adult workforce more productive. Puccio calls it creativity with a little “c” – and he’s convinced it’s a talent we all possess. “You’re human and you have an imagination,” he says. “You are wired to be creative.”