Home » lifestories » news » How to Handle an Embarrassing Moment

How to Handle an Embarrassing Moment 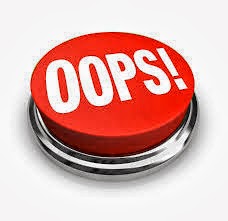 President Obama went to enter the White House in front of the press and rolling camera’s, only to find himself locked out.  President Clinton suffered through the public spectacle of his affair with Monica Lewinsky and President George H.W. Bush vomited on the Japanese Prime Minister.

Embarrassing moments happen to everyone, no matter how important.   Most of us are lucky enough not to have our embarrassments broadcast to the general public, but even so, when you’re embarrassed it can feel like you’re in a spotlight with the whole world watching.

What you do and how you can best respond to embarrassment depends on what you’ve done to embarrass yourself.  If you’ve found yourself locked out, through no fault of your own, like President Obama, your response is different than if you’re embarrassed by mistakes, poor judgment or otherwise bad behavior.

If you want to move on and leave that embarrassed feeling behind, there are a few key points it’s important to understand.  First, every emotion comes with an urge to act.  When embarrassed, most of us want to hide.  We’d much rather crawl in a hole and avoid all those prying eyes that we feel are judging and criticizing us.

The second point to understand is that you can change how you feel by changing how you act.  Hiding will not make you feel less embarrassed.  At least not for a very long time.  If you hide, you sit with your embarrassment, think about your embarrassment, worry about what other people are thinking about you and saying about you, all of which keeps that feeling going.
If, on the other hand, you act opposite to how you’re feeling—that is to approach the embarrassing situation (or at least not hide from everyone and everything involved) you give yourself the opportunity to change how you feel.  Here’s what you have to do:
Acting opposite gives you the opportunity to make amends and move on from misconduct.  It also let’s you put those unavoidable and unforeseeable embarrassing event in perspective and realize that everyone has been there and life goes on.