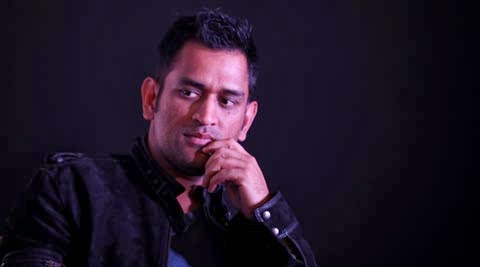 Dhoni, in his suit, submitted that defendants had been carrying highly defamatory, scandalous and libellous false reports.

The Madras High Court restrained Zee News and News Nation channels from telecasting any news linking India cricket captain M S Dhoni with the Indian Premier League (IPL) betting/fixing scam.
The interim order, effective for two weeks, was passed by Justice S Tamilvanan on a defamation suit filed by Dhoni claiming Rs 100 crore damages from the Zee Media Corporation for allegedly telecasting “malicious” news that he was involved in betting, spot and match fixing of IPL matches.
“I am of the view that there is a prima facie case and the balance of convenience is also in favour of the plaintiff. Hence interim injection granted for a period of two weeks,” the judge said in his order after perusing Dhoni’s affidavit.
He issued notice to defendants Zee Media Corporation Limited, Zee News Editor and Business Head Sudhir Chaudary, IPS officer G Sampath Kumar (who initially probed the IPL betting scam) and News Nation network private limited.
Dhoni, in his suit, submitted that the defendants had been carrying highly defamatory, scandalous and libellous false reports and statements since February 11, 2014.
The first and second defendants Zee Media Corporation Limited (Zee News) and Sudhir Chaudary, Editor and Business Head of Zee News Channel, Essel Studios, Noida, Uttar Pradesh, in collusion with the third defendant IPS officer G Sampath Kumar have been telecasting and broadcasting and posting in their websites false reports insinuating that Dhoni was involved in illegal activities of betting, match fixing and spot fixing.
Similarly, defendant no.4, News Nation network private limited (News National channel) Noida, UP, joined the tirade against Dhoni and later on went to the extent of stating that Dhoni was summoned by the Tamil Nadu police, which was also utterly false, the affidavit stated.
He charged that actions were done with an intention to project Dhoni as an object of hate and ridicule to the general public. The general public, especially IPL fans of Chennai Superkings in Chennai, have been negatively influenced by the malicious false reports, it claimed.
The sole agenda of the defendants was somehow to malign and destroy the reputation of the plaintiff in the eyes of the millions of his fans and cricket lovers all over the world.
Plaintiff has filed the suit because his fundamental right and personal rights had been breached by the telecast and broadcast of the malicious news.
He sought a permanent injunction restraining the defendants, their associations, sister concerns, agents, officers, correspondents, employees or any other person or entity in print or electronic media or via internet or otherwise from publishing/republishing or in any other manner circulating any news insinuating or denigrating his integrity and honesty as a cricketer except the publication of the news of the exact judicial order if any passed by the court.
Damages are to be paid jointly and severally by all the defendants for an amount of Rs 100 crore, the affidavit said.