Home » Inspiration » lifestories » lifestyle » How do you practice perseverance?

How do you practice perseverance?

A+ A-
Print Email
There’s a difference between a meandering river and a lashing wave. A wave, despite its inherent power and splashing and whooshing, will eventually crash. It’s a one-timer.
Whereas a river may seem calmer but it exhibits extreme perseverance, safe in the knowledge that it’ll reach its destination someday. It enjoys the ups and downs in the journey by moving peacefully, winding on its course certain that soon, it’ll join the ocean. 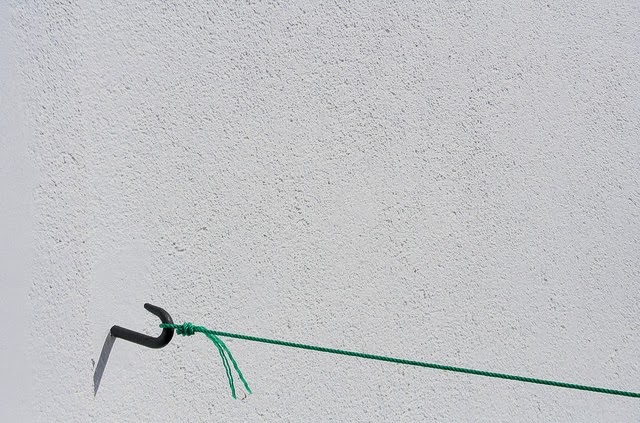 “If you’re going through hell, keep going.” ~Winston Churchill
It’s pretty amazing to see the same principles apply in humans setting life goals. I have to admit I used to be a wave – roaring and lashing, eating up anything that was in my way with eyes focused on the target.
But after some time it became very tiring. And predictable. I knew the wave would hit and crash eventually and I’d either lose motivation to achieve the goal or achieve a small milestone and then stop because I would be so tired and low in energy. Needless to say, I wouldn’t see much of this mysterious thing people called “perseverance”.
So few years ago, I stopped being the wave. I embraced a new attitude toward life and it was this: If I found things got harder, I was this close to achieving what I set out for. Metaphorically, I was at the downstream of a river when it’s about to meet the ocean – the channel wide and the velocity slow.
I quickly learned by experience that the ride was going to be worth it if I kept pushing. It was also OK to “lose focus” of my end goal occasionally and enjoy the journey. Focusing on the beautiful things I had in the “now” in my life, I was able to endure and persevere through the rough times.
It’s easy to opt for instant gratification when it comes to goal-setting. You feel like taking the easy way out which is usually quitting. But if you keep at it, you’ll eventually find fulfilment just as the river finds the ocean at the end.

Goals can get hard to achieve, things don’t go as planned, and life happens. After all, that’s what you signed up for, didn’t you? When the going gets tough, you realize the true meaning of being alive.
But there’s more to it than being philosophical. If you know your why, the how will take care of itself. Remind yourself why you’re doing this. What’s the purpose of you achieving it? What would it lead to? What does “meeting the ocean” mean for you? Keep asking that question until you hit something that’s your value or a normalisation (such as love, freedom, integrity etc).
Getting clear about your why is a great strategy of perseverance. So if your goal is “Increase my income from home business by 10% this year”, well that’s great, but where is the emotional charge in that goal? Without the why, it sounds pretty bland, doesn’t it?
Now, this is where the magic happens: Why do I want to increase my income by 10% this year?
Because I want to quit my job and live a life of possibilities and my dreams!
And what would that give me?
It would give me the freedom to do what I love, which is knitting and sharing the art with others by selling cute knit-wear.
Now that’s something I’d surely call high in emotional charge!

So you know what you want from life, you’ve adopted a river-like attitude toward your goals, and every now and then, you connect your What with your Why. Super!
That’s a great start. So far, we’ve had a helicopter ride of how you can practice perseverance at a high level. Now let’s get down to the specifics, shall we?
If you’ve studied goal hacks, you will know how important it is to set SMART goals. SMART is an acronym that stands for Specific, Measurable, Attainable, Realistic and Timely.
It’s a cool way to ensure you’re doing it right. Knowing your outcome and your why will give you a sense of purpose – setting goals in the SMART system will give you structure, methodology and a reality-check of where you’re heading.

A few months ago, Judy came to me with a serious problem on one hand and a goal on another. We sat together and spoke over a cuppa when she said, “You know Pooja, I am sick of the health issues I am recently facing. I have endured enough, thank you very much. It’s time I take things in my hand and turn this around.”
Just as I was about to blurt out “Good job Judy. . .” she said, “My goal is to become a healthier person.”
Oops…big problem, I realized.

How to stop goals from becoming new problems for you

Judy had a clean intention, but her goal wasn’t so clean. For starters, did you notice it didn’t incorporate her why at all?
Let’s analyse what Judy said:
I want to become a healthier person
To achieve and persevere at becoming a healthier person, Judy needed to reconnect with her “why”. I explained her how this was important and she clapped her hands on the table with excitement. “Now I know . . . it sounds dead, doesn’t it?”
We discovered her “why” was love for her kids. She loved them dearly but because of her being overweight, she was no longer able to join them on hiking and trekking activities like before. On trips, she’d get short of breath and that stopped her from joining the family on outdoor activities.
Once Judy was charged enough about being a healthier person, we understood she was being the “wave”. She was ready to strike, do whatever it takes to turn things around . . . hit the gym, get off the sugars. . .

And that’s when I asked her to hold her horses. . .

Did you see how different the final goal looks, sounds and feels than the original one? Frankly, I wouldn’t be so sure if Judy went into achieving her vague goal without having an emotional charge, sense of purpose, a system and structure of perseverance which she got from the mindset of a river + SMART goals.
Waves are great for one-time, short goals like finishing an article. You need that laser-focus attitude sometimes. But if you’re a writer for example, writing is not a one-timer for you and you need a system that will help you keep on keeping on and live a fulfilled life. So waves are great to apply within a bigger goal of river mindset, but be careful not to overdo it.