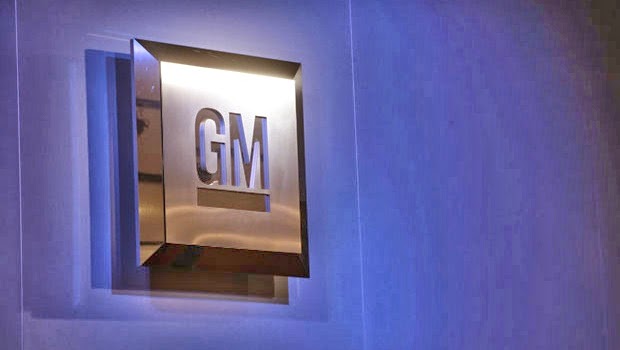 General Motors issued a new recall of 1.5 million vehicles Monday, part of an effort to assure buyers that it's moving faster to fix safety defects in its cars and trucks.
In a video message to employees posted Monday, CEO Mary Barra said the new recall resulted from a push to review potential safety issues and resolve them more quickly.
It's part of the fallout from the recall last month of more than 1.6 million small cars for defective engine switches. The defect is linked to 12 deaths, and GM is facing multiple investigations into how it handled the recall. GM first began investigating the switches in 2004.
"Something went wrong with our process in this instance, and terrible things happened," Barra said.
Barra told employees that GM is undergoing an "intense review" of its recall procedure, and that its system will change. In the meantime, she said, the company will cooperate fully with government investigators.
"The bottom line is, we will get better as a result of this tragic situation if we seize the opportunity," she said.
GM said it expects to spend approximately $300 million in the first quarter to repair the vehicles in the new recalls as well as the vehicles in the small car recall.
Jack Nerad, editorial director for Kelley Blue Book, said it's better for GM to act on the new recalls now rather than waiting until the ignition switch investigations have ended.
"If you've got bad news now and put it out in a month's time, it looks like a trend and it will just prolong things," he said.
"They're saying, 'This is our stake in the ground and we're changing the way we're operating."
GM announced last month that ignition switches in older models of the Chevrolet Cobalt, Pontiac G5s, Saturn Ion, Chevrolet HHR, Pontiac Solstice and Saturn Sky need to be repaired.
The recalls announced Monday include:
— 1.18 million SUVs because their side air bags, front center air bags and seat belt pretensioners might not deploy if drivers ignore an air bag warning light on their dashboard. The recall includes the Buick Enclave and GMC Acadia from the 2008-2013 model years; the Chevrolet Traverse from the 2009-2013 model years; and the Saturn Outlook from the 2008-2010 model years.
— 303,000 Chevrolet Express and GMC Savana vans from the 2009-2014 model years because the material on the instrument panel might not adequately protect unbelted passengers' heads in a crash.
— 63,900 Cadillac XTS sedans from the 2013 and 2014 model years because a plug in the brake assembly can get dislodged and short, increasing the risk of an engine compartment fire.
GM says it has received no reports of injuries related to any of the three recalls. But that contradicts publicly available complaints to the National Highway Traffic Safety Administration. Drivers of the SUVs involved in the air bag recall have reported seven injuries to NHTSA because their air bags didn't deploy.
According to those complaints, three people were injured a crash last April when a 2012 Buick Enclave going 45 miles per hour (72.42 kph) was struck in the side and the air bags didn't deploy. Another driver claimed an injury when an accident shattered the windows of a 2009 GMC Acadia but didn't activate the air bags.
Drivers who report incidents to NHTSA don't necessarily report them to automakers. Also, air bags may not deploy in low-speed crashes, or if they detect a small person or a child seated too close to the air bag.