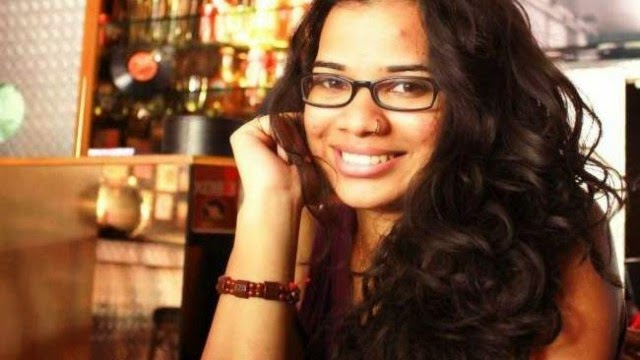 How many times have you seen a woman riding a bike and have raised your eyebrows? Meet Anjaly Rajan Riderni, a woman strutting down men’s territory and flaunting her individuality. She runs a women riders club ‘Riderni’ with members as young as twenty to those as old as forty nine! Anjaly got candid withYouth Connect recently on this Women’s day. Here are some excerpts from theinterview.

What hurdles did you face when you were initiating Riderni? Did it raise any eyebrows?

The biggest stereotyping I faced was: “Yeh sirf jo cigarette piti hai, hookah wageradrugs leti hai aise ladkiyo  ke liye hi hai motorcycling. Achche khandan ki ladkiyo ke liye nahi hai” (Motorcycling is for girls who smoke cigarettes and hookah and consume drugs. It’s not for girls of respectable families.)
They think we stand amongst males. But no one thinks why. Why do we stand amongst males? Why aren’t there any females? Do you think if females know what motorcycling is all about and after a year there are a hundred girls riding their bikes, these people would say so? It is just about learning and adapting the change. .

What was your biggest inspiration?

I give all the credits to my Amma. She is the reason I’m here today; the reason I am what I am. She taught me to be independent and to follow and fulfill all my dreams. My inquisitiveness always helped me. I have always been inquisitive about everything that happens. I have always considered the pros and cons of my decision. I learned to avoid most of the negatives and to focus on my positives. I never lost faith in me and that’s what kept me going.

At first, I was interested in riding a truck. But, I got into biking after twelfth grade. Two years later I thought of upgrading my bike and that’s when I realised I reallylove motorcycling and then I wanted to know more. It’s not just about learning how to ride but also knowing about your bike.
Now, I know how to repair a bike, how to repair a puncture; fix a clutch wire and everything; which again is a considered a taboo for a woman to know. Of course, girls don’t do things like that! But it’s just because they haven’t opened up themselves and they haven’t learned. They haven’t shown that enthusiasm because it’s a little unconventional. So that’s how knowing more made me passionate about motorcycling. I don’t know maybe my life would head to ride until I die, you never know!

Tell us something about women at Riderni.

Many women I have seen have faced the issue as to how to convince their families. My mom supports me, and the other ladies who are with me – together, we break the stereotypes. Contrary to what people think, we come from a very good backgrounds. Do you think we are doing something bad? No.
We are just sharing our passion with the people. It will take time but views will change once people see and experience what we are doing. It’s just about communicating effectively. From a group of four, we have more than 20 females today who flaunt their passion and freedom of motorcycling and knowing and loving their machines. The oldest member is 49.

Women have come a long way. We are no longer the shy and timid females. We are strong and independent.  That’s how it should be. Whatever your interest is, you just need to have faith in yourself. Aim high and dream big.
I always thought I’ll ride my baby, my Avenger to Kerala. I didn’t have any idea if I would be able to. But what drove me was the faith that I will do it! And I did that. I had a lot of people saying your machine is not meant to ride 3000 kilometers. But they didn’t know and hadn’t felt my passion. I could have taken all those negative advices but once assured, I put on my safety gears. If I can do it, anyone can. Just do what you love and love what you do.