A+ A-
Print Email
I first heard of (or saw his name, to be more accurate) Ashwin Sanghi(http://www.ashwinsanghi.com/) when I was browsing the new releases section of an online book retailing website. The site provided a free excerpt to Ashwin Sanghi’s upcoming novel “The Krishna Key“. The few pages that were provided there were compelling enough for me to go ahead and read his previous novel “Chanakya’s Chant“.


The novel took me down memory lane as more than half the book deals with the story of Chanakya, Chandragupta and how the two of them due to their efforts managed to unify most of India under one king back in the day. It was a walk down memory lane to me as it brought back memories of watching Chandraprakash Dwivedi’s teleserial “Chanakya” on TV when I was in my teens. I remember loving that serial back then, and coming back to this story after all these years felt good.
The novel itself deals with the story of Chanakya for one part while drawing parallels with another story from modern Indian politics, that of Pandit Gangasagar Mishra and his protege Chandini Gupta. The narrative keeps alternating between Chanakya’s efforts to make Chandragupta the emperor of India and Pandit Mishra’s efforts to make Chandini the Prime Minister of India. Just as Chanakya used guile, deceit, circumstances, politics and pretty much everything at his disposal to succeed in his efforts, so does Pandit Mishra in his endeavors. The author manages to draw wonderful parallels between historical and contemporary Indian politics to bring out the fact that as far as this particular field is concerned, not too much has changed and well, the fact that the players involved will pretty much do anything to achieve their goals. 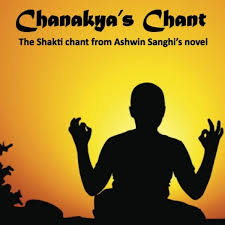 Click Here
The beauty of this book is the fact that the author manages to keep the narrative extremely pacy. In fact, he never lets the readers off the hook even for a single page. Voracious readers will find it hard to put down the book even for a 5 minute break without thinking about what will happen next. I would go so far to state the Ashwin Sanghi has written this book with the intention of converting it into the screenplay of a movie or a teleserial (evidenced by the news that UTV Software Communications has indeed acquired the movie rights for this book. That should surely be an interesting movie to watch.
In any case, this bok is well worth the time spent in reading it as it leaves you pondering about modern day politics, more so due to all the newspaper headlines that one reads regarding CoalGate, 2G auction scam and all the various other hobbies that our current crop of politicians engage in.
Author: Ashwin Sanghi
Price: 134rs/-
Click Here to Read