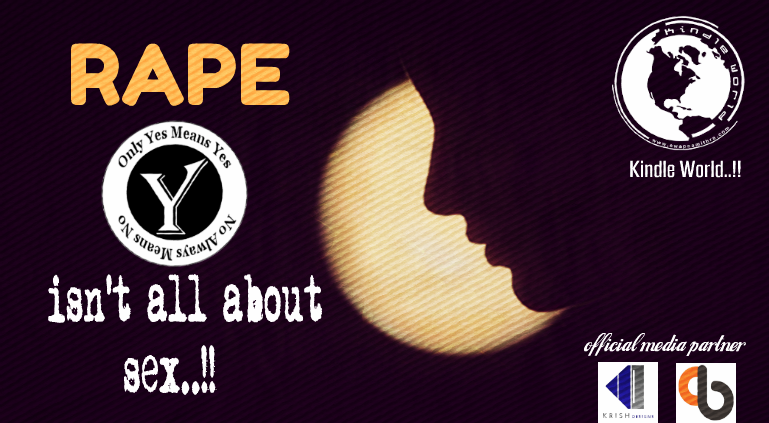 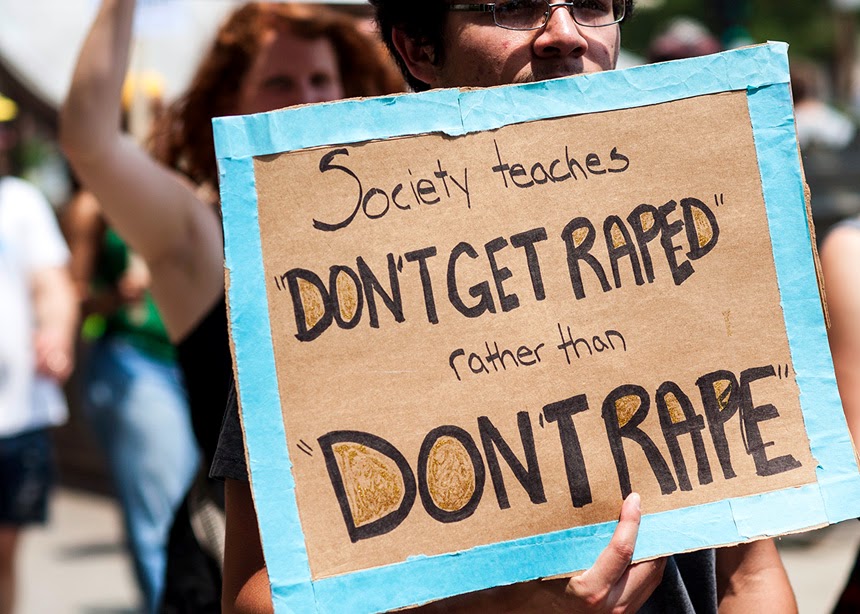 Rape is more about the sexual abuse of power than that of sexual attraction or desire for sexual gratification. Rape is when someone uses power , manipulation or force to intimidate , degrade or control another. Rape has been used as sexual violence a weapon in war and in everyday life. It diminishes the dignity of a person in the society and their human rights for safety.

For its Uniform Crime Reports, the FBI defines rape as:
Please note that this definition is rather graphic, which is inevitable when describing crimes this violent.

“Penetration, no matter how slight, of the vagina or anus with any body part or object, or oral penetration by a sex organ of another person, without the consent of the victim."

So, how can you figure if what happened was rape? There are a few questions to consider.

There are three main considerations in judging whether or not a sexual act is consensual (which means that both people are old enough to consent, have the capacity to consent, and agreed to the sexual contact) or is a crime.

I didn’t resist physically – does that mean it isn’t rape?

People respond to an assault in different ways. Just because you didn’t resist physically doesn’t mean it wasn’t rape — in fact, many victims make the good judgment that physical resistance would cause the attacker to become more violent. Lack of consent can be express (saying “no”) or it can be implied from the circumstances (for example, if you were under the statutory age of consent, or if you had a mental defect, or if you were afraid to object because the perpetrator threatened you with serious physical injury). 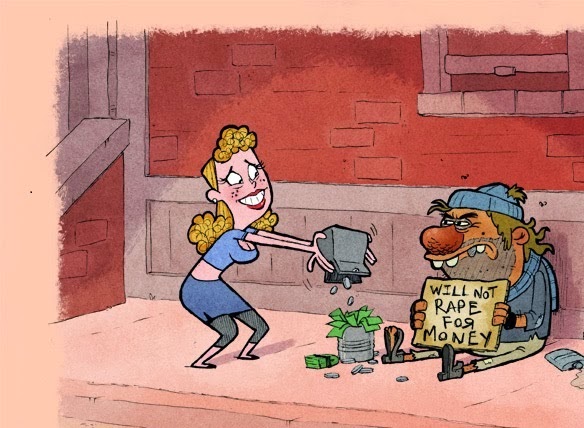 I used to date the person who assaulted me – does that mean it isn’t rape?

Rape can occur when the offender and the victim have a pre-existing relationship (sometimes called “date rape” or “acquaintance rape”), or even when the offender is the victim’s spouse. It does not matter whether the other person is an ex-boyfriend or a complete stranger, and it doesn’t matter if you’ve had sex in the past. If it is nonconsensual this time, it is rape. (But be aware that a few states still have limitations on when spousal rape is a crime.)


I don’t remember the assault – does that mean it isn’t rape?

Just because you don’t remember being assaulted doesn’t necessarily mean it didn’t happen and that it wasn’t rape. Memory loss can result from the ingestion of GHB and other “rape drugs” and from excessive alcohol consumption. That said, without clear memories or physical evidence, it may not be possible to pursue prosecution (talk to your local crisis center or local police for guidance).


I was asleep or unconscious when it happened – does that mean it isn’t rape?


I was drunk or they were drunk - does that mean it isn't rape?

Alcohol and drugs are not an excuse – or an alibi. The key question is still: did you consent or not? Regardless of whether you were drunk or sober, if the sex is nonconsensual, it is rape. However, because each state has different definitions of “nonconsensual”, please contact your local center or local police if you have questions about this. (If you were so drunk or drugged that you passed out and were unable to consent, it was rape. Both people must be conscious and willing participants.) 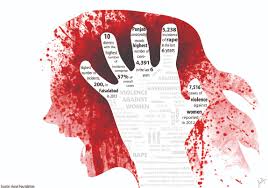 It depends on the circumstances. If you didn’t say no because you were legitimately scared for your life or safety, then it may be rape. Sometimes it isn’t safe to resist, physically or verbally — for example, when someone has a knife or gun to your head, or threatens you or your family if you say anything.

The story behind the Mandalay violence


The following is the announcement issued by the Ministry of Information over the alleged rape case that led to the violence in Mandalay.

The Sun Café teashop worker identified herself as Soe Soe, 25, from Butalin Township, accused her employer San Maung, 40, and his brother Ne Win of raping her.

She said she was closing the shop at 10 pm on June 28 when her employer told her she would be given a new job at a teashop in Nay Pyi Taw. She went along with the two in a white vehicle, but the car stopped on Pyinmana-Taungnyo road around 3 am and she was raped by the two brothers. The two then ran away after raping her, according to her complaint at Pyinmana Myoma Police Station.

The criminal police investigated the case and found out that her real name is Phyu Phyu Min, also known as Gatonema, 30, whose real birthplace is Chanayethazan Township in Mandalay. She had never worked at Sun Café and no forensic evidence of rape and physical injuries were found in the medical examination.

After the police looked into the case, she confessed that she had made a false report at Pyinmana police station of being raped by San Maung and Ne Win after she was paid by Ye Htut, also known as Thura Ye Htut, and Nu Nu Myat.

Khin Mar Lwin's husband Khin Maung Htwe, also known as Ko Htwe, Ye Htut and Min Thura Zaw's mother Marlar were dissatisfied with the prison terms and caused a scene inside the court. The Mandalay District Court's clerk Tin Maung Win filed a case against them and they are facing a trial in Chanayethazan Township Court.

Khin Maung Htwe, Ye Htut, and Marlar were dissatisfied with the case opened against them and arranged for a woman named Haymar Kyaw to make a false report of being raped by the district court's clerk Tin Maung Win. Marlar, Phyu Ma, also known as Phyu Phyu Zaw, and Haymar Kyaw went to the Pyin Oo Lwin police station and reported that Tin Maung Win raped her at Pearl motel, following the instructions from Ye Htut and Nu Nu Myat.

The police have closed the false case filed by Phyu Phyu Min in Pyinmana on July 17, following the legal advice from the Union Attorney General's Office and took action against her and Ye Htut and Nu Nu Myat who instructed her to file the false report. Similarly, the false case filed in Pyin Oo Lwin was also closed on July 18, following the legal advice from Pyin Oo Lwin District Court and the police are trying to take actions against Haymar Kyaw and Marlar who made the false report.

The Meiktila violence where a monk and many people lost their lives and other violence sparked by alleged rape report have seemed to target the Muslims but the angry mobs have also destroyed properties owned by Buddhists and other religions.

"For the question on whether Islamophobia of Buddhists has been used in creating violence, first of all, I totally oppose the word 'Islamophobia of Buddhists'. Rather than hate someone, Lord Buddha has taught us not to be even angry at someone and to respond to everything with benevolence. That's why a person who truly follows Buddhist teaching does not hate anyone including Muslims. Other religions have also taught the same thing. So, I don’t consider anyone who hate or condemn other religions including Muslims and Christians to be Buddhists," said Moe Thway, president of Generation Wave.

"Another point on the involvement of the dictators…it is important to know which part of the government and who are being referred to. The incidents have shown the failures of the authorities. One thing for sure, the government is unable to effectively tackle these issues. But, it's difficult to accuse the whole government by claiming that they are behind this violence. It may be possible that some persons from the current government or a group of people among former dictators that still have influences over some parts of the government [are behind the violence].