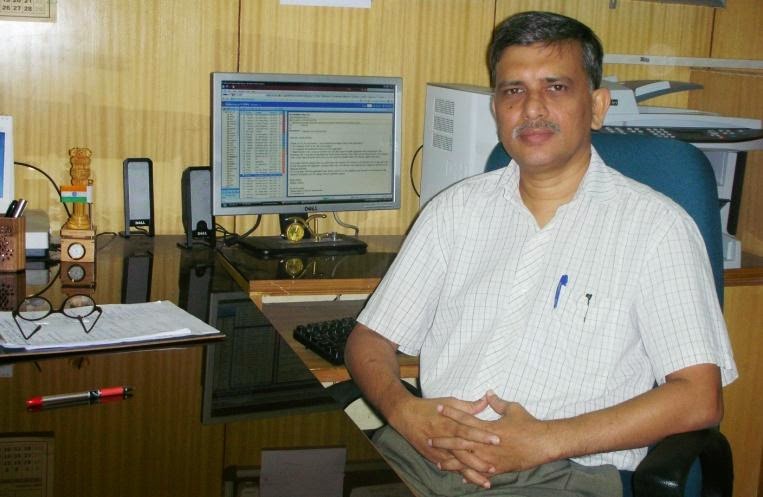 Professors from Pondicherry University and IIT Madras and their students have developed a new molecular gel molecule that is inexpensive and renewable raw materials.

is likely to find many applications in the fields of electronics, pollution control and lubrication.

The synthesis and gelation properties of a structurally simple, renewable-resource-based glucose-triazole-hydrogenated cardanol conjugate (GTHCC) are reported. The conjugation of hydrogenated cardanol and glucose was done using a triazole linker employing copper(I) mediated acetylene azide cycloaddition ‘click’ chemistry in the key step. The GTHCC was found to form four different classes of gels; namely, (i) hydrogel from aqueous-protic solvents, (ii) organogel from non-polar solvents, (iii) gel from vegetable oil and (iv) gel from petroleum oil. In a water–methanol (1

1) mixture, the conjugate acted as a stable thermoreversible supergelator, even at a very low gelator concentration of 0.03% w/v. Unlike glycoside-based gels derived from hydrogenated cardanol and glucose, the GTHCC is stable under acidic as well as basic conditions, owing to the covalent linkages in the tether. The intrinsic fluorescence of the hydrogel was found to be sensitive towards a gel–sol transition.

Pondicherry University professor (chemistry) H Surya Prakash Rao and his student M Kamaraj prepared the gel molecule from glucose and a product obtained from cashew nut shell liquid, a by-product of the cashew industry while IIT-M professor (chemistry) Ashok K Mishra and his student Jitendriya Swain discovered the gelling properties of the molecule.

Royal Society of Chemistry's journal "RSC Advances" published the study and discovery of molecular gel. The professors and students have filed a patent for their product. Rao, while terming the development of new molecular gels "a continuing and fascinating area of applied organic chemistry," said the challenge had always been in discovering "structurally simple molecular gels" extracted from "inexpensive and renewable raw materials" using convenient procedures. "The hydrogel was stable under acidic as well as basic conditions. "Glucoside (sugar) based gels are susceptible to hydrolysis under acidic conditions limiting their applications.

But GTHCC is robust and stable under acidic or basic condition and can be prepared readily," Rao said. Mishra, while highlighting another aspect, said GTHCC exhibits gelling properties even at a very low concentration with different solvents. "Unlike polymeric gel, this is simple and forms gels with completely different types of solvents even at a very low concentration of 0.3 gram per litre. There are a very few molecular gels like GTHCC that are simple and synthesized from easily available materials. This novel molecule may have good potential in diverse applications like drug delivery agents, cosmetics and petroleum oil scavenging," he said.