A Society Ethically And Morally Adrift 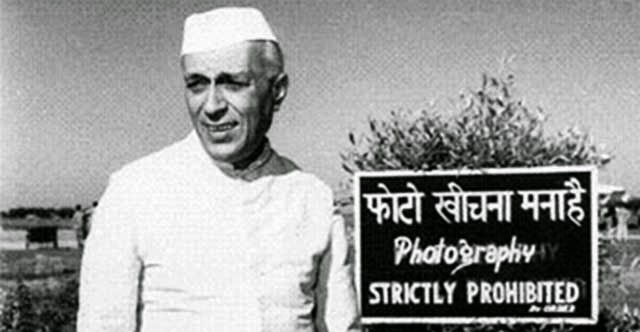 If there is one story that clearly illustrates what is fundamentally wrong with India is has to be the one reported in a newspaper?

This is the story of a poor postman Uma Kant Mishra. He was working at Harjinder Nagar Post office in Kanpur in the 1980s. On July 13, 1984 a case of pocketing a money order for Rs 57.60 registered against him and he was suspended from the job.

He not only lost his livelihood, but also his self-respect and honour. With no money and support, he had to attend almost 350 court hearings in the last 29 years.

Think about what all this entails. It took nearly thirty years and 350 hearings for the courts to exonerate the man falsely accused of a minor theft. He was punished so severely that it is hard to contemplate how he can be reasonably compensated. At the same time, public corruption amounting to lakhs of crores of rupees are routinely reported in the popular press and the guilty continue to be in positions of immense power and influence.

The case of the poor postman reminds me of another case I had read about over nine years ago. This is what I wrote in a blog post, India’s real Criminals, back in September 2004:

July 6th, 1988 will be long remembered as that infamous day when Daya Nand of Narnaul attempted to subvert the fundamental functioning of our way of life. On that day, forever to be recalled as 6/7/88, a crime was committed that engaged the attention of a trial court, then moved to the High Court, and finally ended up in the Supreme Court of India where the Humble Justices heard the evidence, debated the issue with extreme gravity, spent days on end balancing the interests of the society and the rights of the accused, pondered long and hard and eventually delivered a verdict that forever assured the triumph of good over evil, of order over chaos, of right over wrong, of Satya over asatya, of light over darkness, of immortality over death, of knowledge over ignorance…

For the record, the bench of the Supreme Court of the Republic of India which passed this momentous judgement comprised of Justices Hegde, Sinha and Mathur. The punishment: Six months in prison and Rs 1000 fine. The crime as report by PTI: Daya Nand of Narnaul had diluted 20 litres of milk with water. He was caught by the Deputy Chief Medical Officer who took 750 ml of the sample and sent it to Public Analyst. “The Analyst in his detailed report found the sample to be deficient in milk solid to the extent of five percent of the prescribed minimum standard and also to be deficient in solid fat as required by law.”

The trial court sentenced Daya Nand leniently considering that he had three small children to support and had no previous criminal record. The High Court overturned that decision but finally it reached the Supreme Court which upheld the trial court’s decision.

Moral of the story: Commit a petty crime and be prepared to be hounded by the implacable power of the entire state machinery; commit a crime that is almost impossible to comprehend in its enormity, and be hailed as a visionary leader with impeccable honesty and integrity.

A society in which the innocent are punished by the state and the supremely guilty are not only not punished but actually rewarded with political power has clearly lost its moorings and is morally and ethically adrift. There is something wrong when this happens and what is worse that people are apparently unmoved by such injustice. Where is the society’s sense of fairness, of justice? Where is the outrage?