In our day to day life we come across children, who are forced to go to school. But there are many children who are even ready to sacrifice their lives for education.

This article is about one child who was shot for fighting for education. Despite of many warning she never gave up her study which resulted in a near fatal assault where she luckily survived and still she continues her fight for education. she left her mother land for this war for education. 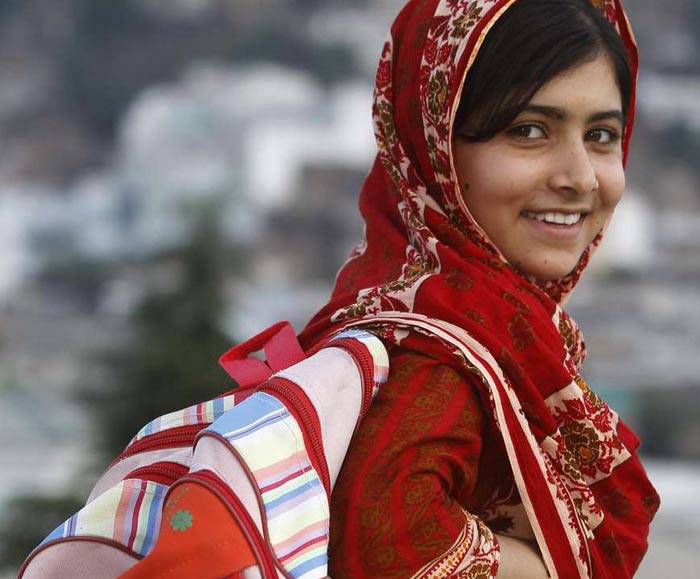 Malala Yousafzai is a Pakistani school pupil and education activist from the town of Mingora in the Swat District of Pakistan's northwestern Khyber Pakhtunkhwa province. When talibans conquered that valley and banned girls eduction. Yousafzai wrote a blog under a pseudonym for the BBC detailing her life under Taliban rule, their attempts to take control of the valley, and her views on promoting education for 22 girls, which nominated her for the international children's peace prize.


The story of this brave girl continues as follows:

One day when Malala boarded her school bus in the northwest Pakistani district of Swat. A gunman asked for Malala by name, then pointed a Colt 45 at her and fired three shots. One bullet hit the left side of Malala's forehead, traveled under her skin the length of her face and then into her shoulder.


In the days immediately following the attack, she remained unconscious and in critical condition, but later her condition improved enough for her to be sent to a hospital in Birmingham, England where her condition went good.


On 12 October, a group of 50 Islamic clerics in Pakistan issued a fatwa against those who tried to kill her, but the Taliban reiterated its intent to kill Yousafzai and her father.


This assassination attempt sparked a national and international outpouring of support for Malala.


United Nations Special Envoy for Global EducationGordon Brown launched a UN petition in Yousafzai's name, using the slogan "I am Malala" and demanding that all children worldwide be in school by the end of 2015 – a petition which helped lead to the ratification of Pakistan's first Right to Education Bill.


She has been awarded the Sakharov Prize for Freedom of Thought by the European Parliament.


In her speech at the Nov. 20 award ceremony in Strasbourg, France, Malala pointed to the plight of as many as 57 million children around the world who are denied opportunities to go to school.

Those children “do not want an iPhone, a PlayStation or chocolate. They just want a book and a pen,” she said.

She urged the Western world to see beyond their borders “to the suffering countries where people are still deprived of their basic rights, their freedom of thought is suppressed, freedom of speech is enchained.”

Many children in those countries “have no food to eat, no water to drink, and children are starving for education,” she said.

In her address to the United Nations in July, she stressed the importance of education to support countries suffering from terrorism. Instead of sending weapons and tanks to those countries, send books and pens, she said.

Despite the global acclaim for her activities that have won her many other international awards on human rights, Malala’s achievements have not been welcomed by everybody in her native Pakistan.

Her detractors reportedly charge that Malala is being used in a campaign to emphasize the negative aspects of the country, including terrorism, or that the Western show of respect for her heroic activism is an act of hypocrisy that ignores the suffering of many civilian victims of U.S. drone strikes in Pakistan.

Pakistani private schools have banned Malala’s autobiography “I Am Malala,” published in October, from their libraries because of its “anti-Pakistan and anti-Islam content.”
But she never stopped her fight for education. Which nominated her for the 2013 Nobel Peace Prize.

She is one best example showing how many children are struggling out there for education.

Hoping every child out there like this young girl get what they want.