Home » politics » Where does the roots of BJP lie? Who is Syama Prasad Mookarjee?

Where does the roots of BJP lie? Who is Syama Prasad Mookarjee?

A+ A-
Print Email
Bharatiya Janata Party is one of the two major parties that play a key role in Indian political system. It's roots lie in Bharatiya Janasangh  formed in 1951 by Sri.Syama Prasad Mookarjee . 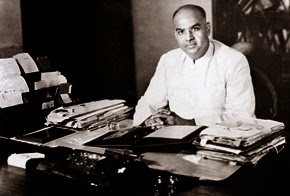 For 1997 elections Janasangh merged with many other parties and formed Bharatiya Janata Party.

Before the greatest victory ever in Independent India, Narendra Modi's Rule . It was him who made this possible providing such a great platform and making every indian proud of his own country.

Following Janata's dissolution in 1980, the rank and file of the erstwhile Jana Sangh reconvened as the Bharatiya Janata Party. Although initially unsuccessful, winning only two seats in the 1984 general election, the BJP soon grew in strength on the wave of the Ram Janmabhoomi movement, and came to power in several states. Following a series of increasingly better performances at the national elections, the party was invited to form the government in 1996, albeit only for 13 days.

From 1998 to 2004, the BJP-led National Democratic Alliance (NDA), a coalition of several parties, formed the national government. Headed by Prime Minister Atal Bihari Vajpayee, it was the first non-Congress government to last a full term in office. 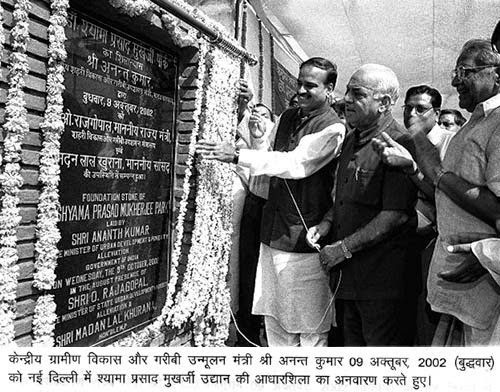 The brave son of India was born on July 6th,1901 to an illoustrous family.His father Ashutosh was educationalist and public intellectual.Graduating from Calcutta University, Dr. Mookerjee became a fellow of the Senate in 1923. He enrolled as an advocate in Calcutta High Court in 1924 after his father's death. Subsequently he left for England in 1926, being called to the bar from Lincoln's Inn in 1927. At the age of 33, he became the world's youngest Vice-Chancellor at the Calcutta University and held the office till 1938. During his tenure, he introduced a number of constructive reforms and was active in the Asiatic Society as well as was a member of the Court and the Council of the Indian Institute of Science, Bangalore and Chairman of the Inter-University of Board.

He was elected as member of the Legislative Council of Bengal as a Congress candidate, representing Calcutta University, but resigned when the Congress decided to boycott the legislature. Subsequently, he contested the election as an independent and got elected.

Pandit Nehru inducted him in the Interim Government as Minister for Industry and Supply. Following the Delhi Pact between Nehru and Liaquat Ali Khan, Prime Minister of Pakistan, Dr. Mookerjee resigned from the Cabinet on April 6, 1950. After consultation with Shri Golwalkar Guruji of the RSS, Dr. Mookerjee founded the Bharatiya Jana Sangh on October 21, 1951, in Delhi became its first President. In the 1951-52 election, the Bharatiya Jana Sangh won 3 seats in Parliament, one of them being that of Dr. Mookerjee. He then formed the National Democratic Party within the Parliament, as a coalition of 32 Lok Sabha MPs and 10 Rajya Sabha MPs.

Dr. Mookerjee was vociferous in the cause of the integration of Jammu and Kashmir with the rest of India. He termed the arrangement under Article 370 as Balkanisation of India. The Bharatiya Jana Sangh, along with the Hindu Mahasabha and the Ram Rajya Parishad, launched a satyagraha to have pernicious provisions related to Article 370 removed. Mookerjee went to visit Kashmir in 1953 and was arrested on May 11, 1953, while crossing into the state and breaching the infamous Permit System. He died while under arrest and held in difficult conditions, passing away on June 23, 1953.

A veteran politician, he was respected by his friends and foes alike for his knowledge and forthrightness. He outshone most Ministers in the cabinet with his erudition and learning. India lost a great son much too early.