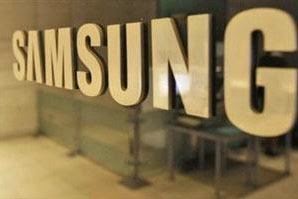 In Apple's latest patent fight with Samsung Electronics, lawyers on both sides are relying on the power of a good story to sway a jury. And Samsung is borrowing one from Google. When Hiroshi Lockheimer joined Google in 2006, an early version of the company's Android operating system was running on a prototype device. The first smartphone including Android was released more than two years later. Google is not officially a defendant in this case, which opened last week. Apple is seeking about $2 billion in damages from Samsung for violating a handful of mobile software patents. But most of Samsung's phones include Android, and some of the Apple patents involve features that Google put in Android. Samsung's lawyers called Lockheimer as a witness so he could demonstrate how Android was well into development before the iPhone was introduced, making it unlikely that Apple was copied by Google and, by extension, Samsung. When asked by Samsung's lawyer whether Google had ever tried to copy Apple's iPhone, which was introduced in January 2007, Lockheimer said Google wanted to do the opposite. Unlike the iPhone, which runs software that only runs on Apple's hardware, Google wanted to offer a free software system that all manufacturers could install on their phones, he said. "We like to have our own identity," Lockheimer said. "We have our own ideas." Android would eventually evolve to add features the iPhone lacked, he said, like the ability to run multiple apps at the same time. Over time, Android has become by far the most popular mobile operating system in the world, running on more than 1 billion devices. Samsung is the largest phone maker in the world, and Apple is No. 2. Lockheimer's testimony was in stark contrast to statements made by Apple's witnesses earlier in the trial. Apple called on executives and employees to tell a story about the development and release of the iPhone, followed by the company's reaction to Samsung smartphones. "I was shocked it appeared that Samsung was going to be doing a lot of copying of our products," said Philip W Schiller, Apple's vice president for worldwide marketing, in his testimony earlier this month. Apple's story helped sway a jury in its last big patent fight with Samsung. In 2012, jurors found Samsung guilty of infringing a series of Apple's mobile patents, and last year another jury recalculated a portion of the damages Samsung had to pay, bringing the total to $930 million. The trial raises the question: What exactly would a victory for either company accomplish? For both Apple and Samsung, $2 billion is pocket change compared with their bottom lines. Several law experts have said that even if Apple won on every claim, Samsung could probably find ways to modify features on its phones to avoid infringement. Apple's lawyers have insisted that the fight is about getting money from Samsung to discourage the South Korean manufacturer from copying. But Samsung's lawyers have said Apple was trying to stifle consumer choice by attacking Google's Android system. Earlier Friday, Christopher A Vellturo, an economist for Quantitative Economic Solutions, who served as a witness for Apple, explained to a jury why Apple deserved at least $2 billion from Samsung. The total amount includes profit that Apple lost as a result of Samsung's products being in the market, and royalties Samsung must pay for each phone sold using the features that infringe the patents. While questioning Vellturo, Samsung's lawyer, John B Quinn, noted that as Samsung's market share grew between 2011 and 2012, it was releasing devices with features that Apple's iPhones didn't have yet, like bigger screens and compatibility with 4G LTE, the faster cellular network technology. At one point, Quinn tripped up on his questioning when he referred to a smartphone called the Samsung Omnia as "the Ammonia." "Don't you mean Omnia?" Vellturo responded, and he then questioned whether Samsung needed to hire a new marketing team.