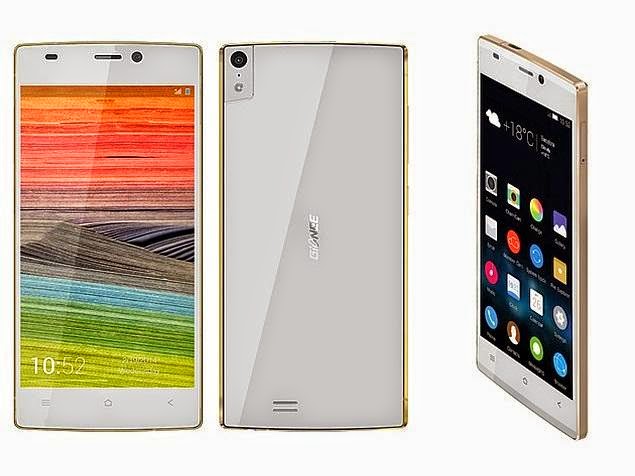 Gionee is trying hard to make a mark in the Indian smartphone market crowded with domestic players. The company has launched several smartphones in India, shortly after their initial Chinese release. One of these is the Gionee Elife S5.5, the 'world's slimmest smartphone' that was launched in China on 18 March, and in India on 31 March.Notably, the Gionee Elife S5.5 will officially hit Indian shelves on 27 April. At its launch event in Goa, the company claims the Elife S5.5 was the 'best engineered product', and we had a chance to spend some time with the smartphone, to check just how true this claim was.To be noted, is that our first impressions of the Gionee Elife S5.5 are based on the little time we've spent with the device, and do not constitute the final verdict

The Gionee Elife S5.5 with its Corning Gorilla Glass display and thin metal chassis looks and feels premium to hold. It also provides good tactile feedback on the power and volume keys (both on the left panel) are pressed. The left hand positioning of the power and volume buttons is good for one hand operation, but awkwardly Gionee decided to put the 3.5mm jack on top and USB charging port at the bottom.

The front and back glass covering is similar to what we have seen on the Nexus 4, but in an extra slim body at 5.5mm and a thin aluminium metal chassis that holds everything. The Elife S5.5 weighs 130 grams, which is little more than iPhone 5s at 112 grams. The right-side panel of the Elife S5.5 featured the rubber-covered SIM-card slot near the top. Overall, with our first impressions of the Elife S5.5, we were left impressed by its build quality and design

The Elife S5.5's display is a 5-inch full-HD display which features a pixel density of 441ppi. The display isn't very reflective, and features good viewing angles. The colour reproduction was quite accurate, and text looked quite sharp too. While we will reserve our final verdict for the smartphone's review, the display seems like a strong point for the Elife S5.5.

The Gionee Elife S5.5 did pretty well in the video playback department, however, the sound reproduction wasn't very good. The body vibrates a little with sound modulation, which can get irritating after a while.

CameraWhile it is hard to believe a manufacturer squeezed a 13-megapixel rear camera and a 5-megapixel front camera (said to have a 95 degree wide lens) in a 5.5mm-thin aluminium metal body, until we saw it in our hands.
The rear camera with LED flash, however isn't completely in-line with the whole 5.5mm thickness and is slightly out, but it doesn't stick out too much. The edge-placement of the camera was also a slight problem, and we kept taking a part of our finger in the frame while holding it horizontally - though users could get used to this and adjust.
We could only play around with the camera for a while, but found the 13-megapixel offering to be about average. The camera UI is similar to what we have seen on the Elife E7, with similar camera settings that would take some effort to understand. So far, the impression is average on the camera .

SoftwareThe Elife S5.5 runs Gionee's customised Amigo UI skinned on top of Android 4.2 Jelly Bean. The feel of the software essentially remains same as the Elife E7, but the company claims it to be an improvement over the last Elife model. We'll have to inspect it further to tell the differences, and improvements if any. Gionee Elife E7 had its share of problems with the software.