Who is Subrata Roy? 10-point cheat-sheet 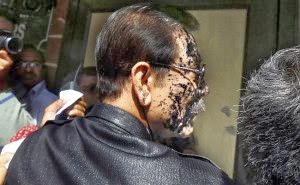 Mr Roy unconditionally apologised for not appearing in the Supreme court last week. He was arrested on Friday after failing to appear at a hearing - which he says he missed to attend to his ailing mother - related to a multi-billion-dollar Sahara investment scheme that was later ruled to be illegal.
10 THINGS TO KNOW ABOUT SAHARA CHIEF SUBRATA ROY: