A+ A-
Print Email
Once the centre of the Islamic Caliphate, Syria covers an area that has seen invasions and occupations over the ages, from Romans and Mongols to Crusaders and Turks.
A country of fertile plains, high mountains and deserts, it is home to diverse ethnic and religious groups, including Kurds, Armenians, Assyrians, Christians, Druze, Alawite Shia and Arab Sunnis, the last of who make up a majority of the Muslim population.
Modern Syria gained its independence from France in 1946, but has lived through periods of political instability driven by the conflicting interests of these various groups.
From 1958-61 it united with Nasser's Egypt, but an army coup restored independence before the pan-Arab nationalist Baath (Renaissance) party took control in 1963.
Soon coming under the control of a mainly Alawite faction of military leaders, it has ruled ever since, although the 2011 uprising has cast doubt on its longevity.
Syria's conflict has steadily turned into a civil war
The Baath government has seen authoritarian 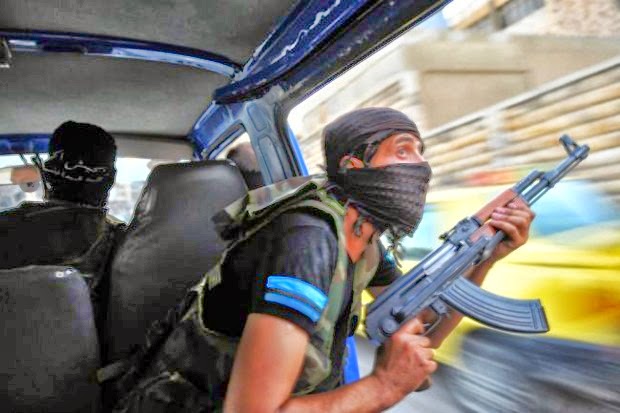 rule at home and a strong anti-Western policy abroad, particularly under President Hafez al-Assad from 1970 to 2000. In 1967 Syria lost the Golan Heights to Israel after the Arab defeat in the Six Day War. Civil war in neighbouring Lebanon in the 1970s allowed it to extend its political and military influence in that country.
Syria pulled its forces out of Lebanon in 2005, having come under intense international pressure to do so after the assassination of Lebanese former prime minister Rafik Hariri. A UN report implicated Syrian and pro-Syria Lebanese officials in the killing, although Damascus still denies any involvement.
Continue reading the main story

The government deals harshly with domestic opposition. Tens of thousands are estimated to have been killed in the suppression of the 1982 uprising of the Muslim Brotherhood in Hama.
Following the death of Hafez al-Assad in 2000 Syria underwent a brief period of relaxation. Hundreds of political prisoners were released, but real political freedoms and a shake-up of the state-dominated economy never materialised.
In 2011-12 security forces used tanks, gunfire and mass arrests to try to crush anti-government street protests inspired by the Arab Spring in Tunisia, Egypt and Libya. These protests rapidly took on a more formal nature when the opposition began to organise political and military wings for a long uprising against the Baath government. As 2012 wore on, the stand-off escalated into civil war, with defections from the governing elite signalling the steady collapse of central authority.
International isolation

On the world stage Syria became increasingly isolated in recent years, coming under fire for its support for insurgents in Iraq and over its role in Lebanon.
That isolation showed brief signs of easing after efforts by France to bring Syria back into the international fold in 2008, but Syria's violation of a UN ban on arming the Lebanese Hezbollah militia led to the extension of US sanctions in May 2010.
Further international sanctions were imposed amid the bloody repression of protests in the descent into civil war. By December 2012 the US, Turkey, Gulf states, France and Britain had recognised the main opposition National Coalition of the Syrian Revolution as the "sole legitimate representative of the Syrian people", signalling their belief that the Assad government is beyond redemption.
The rise of the Al-Nusra front, a radical Islamist militia allied to al-Qaeda, in rebel ranks led to a marked cooling of international and regional support for the opposition in mid-2013, and allowed the government and its Hezbollah allies to launch a counter-offensive.
The Assad governments have been among the most intransigent opponents of peace with Israel, and have supported several anti-Israel armed groups - most notably Hezbollah and the Gaza-based Palestinian group Hamas. Hopes for reconciliation have repeatedly foundered over Syria's support for these groups and the vexed question of the Golan Heights.

The ancient city of Aleppo - pictured in 2006 - became the focus of fighting between rebels and government forces in 2012
LEADERS:


President: Bashar al-Assad
In power since succeeding his father 2000, Bashar al-Assad is fighting for control of his country after protests against his rule turned into a full-scale armed rebellion.
Continue reading the main story

Bashar al-Assad succeeded his authoritarian father
He inherited a tightly controlled and repressive political structure from long-time dictator Hafez al-Assad, with an inner circle dominated by members of the Assad family's minority Alawite Shia community.
But cracks began to appear in early 2011, in the wake of the "Arab Spring" wave of popular dissent that swept across North Africa and the Middle East.
Following successful uprisings against authoritarian rulers in Egypt and Tunisia, pro-democracy demonstrations were held in Damascus and several other cities.
President Assad responded with a mixture of concessions - dismissed as superficial and disingenuous by the opposition - along with a brutal crackdown, accusing his opponents of being "terrorists" funded by enemies abroad. But the attempts at repression - as well as attempts at international mediation - failed and the conflict turned into a fully-fledged internal war.
Mr Assad's government continues to enjoy strong diplomatic support from Russia and traditional ally Iran, amid persistent reports that they also supply it with arms. The president's troops have been bolstered by fighters from Lebanon's Iranian-backed Hezbollah militant group.
Rise to power
Bashar al-Assad would probably have been working as an optician had his brother not died in a car accident in 1994.
The death of Basil - groomed to succeed Hafez al-Assad - catapulted the younger brother into politics, and into the presidency after his father died in June 2000.
During his six-year political apprenticeship, Bashar al-Assad completed his military training, met Arab and other leaders and got to know the movers and shakers in Syrian politics.
On taking office he ushered in a brief period of openness and cautious reform. Political prisoners were released and restrictions on the media were eased. Political debate was tolerated and open calls for freedom of expression and political pluralism were made.
But the pace of change alarmed the establishment - the army, the Baath party and the Alawite minority. Fearing instability and perceiving a threat to their influence, they acted not only to slow it down, but to revert to the old ways.
A referendum in 2007 endorsed Bashar al-Assad as president for a second seven-year term. He was the only candidate.