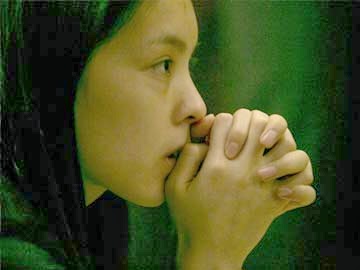 All evidence points to Malaysia Airlines Flight MH370 being lost in the remote Indian Ocean, Australian Prime Minister Tony Abbott said on Monday, backing his Malaysian counterpart's view that the plane crashed.The flight from Kuala Lumpur to Beijing vanished on March 8 carrying 239 passengers and crew, but more than three weeks later no wreckage has been found.Many relatives of those on board have been incensed at the announcement on March 24 by Malaysian Prime Minister Najib Razak that -- based on detailed analysis of satellite data -- the plane could be presumed lost at sea.But Abbott said he agreed with Najib's conclusions."The accumulation of evidence is that the aircraft has been lost and it has been lost somewhere in the south of the Indian Ocean," he told reporters at the Perth military base coordinating the search."That's the absolutely overwhelming wave of evidence and I think that Prime Minister Najib Razak was perfectly entitled to come to that conclusion, and I think once that conclusion had been arrived at, it was his duty to make that conclusion public."Australia is coordinating the international hunt for the missing Boeing 777, which involves about 100 personnel searching from onboard surveillance aircraft and 1,000 sailors in ships in or near the search zone."This is an extraordinarly difficult exercise. We are searching a vast area of ocean and we are working on quite limited information," Abbott said."Nevertheless, the best brains in the world are applying themselves to this task, all of the technological mastery that we have is being applied and brought to bear here. If this mystery is solvable, we will solve it. But I don't want to underestimate just how difficult it is."The Australian leader refused to put a time limit on the search, saying: "We can keep searching for quite some time to come. The intensity of our search and the magnitude of our search is increasing, not decreasing.""We owe it to the families, we owe it to everyone that travels by air, we owe it to the governments of the countries who had citizens on that aircraft, we owe it to the wider world which has been transfixed by this mystery for three weeks now," he said."We owe it to everyone to do everything we reasonably can."