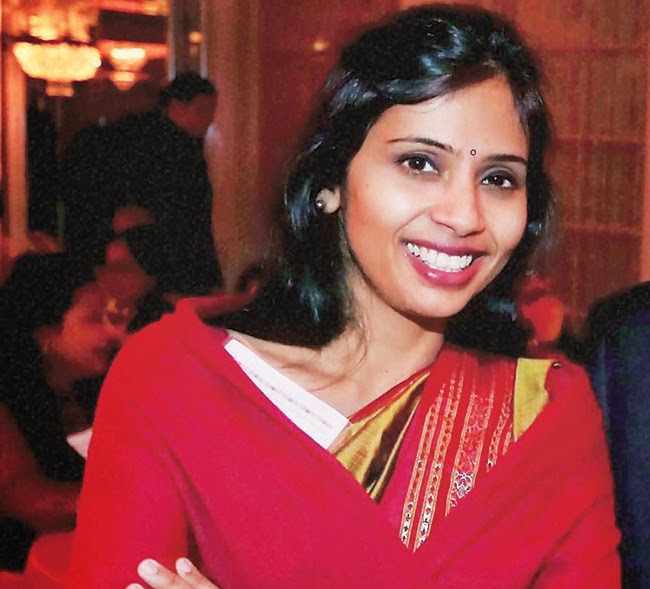 Devyani Khobragade, charged in New York with visa fraud and making false statements about a domestic worker she employed has won dismissal of a federal indictment, ending a chapter in an dispute that frayed US-Indian diplomatic relations.Ms Khobragade, who was India's deputy consul-general in New York, had diplomatic immunity when she sought on January 9 to dismiss the indictment, and thus could not be prosecuted, US District Judge Shira Scheindlin in Manhattan ruled on Wednesday.Prosecutors accused Ms Khobragade of making Sangeeta Richard, her housekeeper and nanny, work 100-hour weeks at a salary of just over $1 an hour, far below the legal minimum US wage of $7.25 an hour.They argued that the indictment should stand because Ms Khobragade did not have diplomatic immunity either when she was arrested, or now given that she has left the country.Judge Scheindlin said, however, Ms Khobragade had that immunity on January 9 when the indictment was issued, having the day before been named a counselor to India's mission to the United Nations."Even if Khobragade had no immunity at the time of her arrest and has none now, her acquisition of immunity during the pendency of proceedings mandates dismissal." she wrote. "The government may not proceed on an indictment obtained when Khobragade was immune from the jurisdiction of the court," Judge Scheindlin wrote.She also lifted Ms Khobragade's bail and said open arrest warrants based on the indictment must be thrown out.Ms Khobragade, 39 at the time of her arrest on December 12, is now working for foreign affairs ministry in Delhi, having left the United States in January, said her US lawyer, Daniel Arshack.Federal prosecutors have not said whether they will seek a new indictment."As the court indicated in its decision, and as Devyani Khobragade has conceded, there is currently no bar to a new indictment against her for her alleged criminal conduct, and we intend to proceed accordingly," said James Margolin, a spokesman for US Attorney Preet Bharara in Manhattan.The US Department of State was not immediately available for comment.Ms Khobragade's arrest and a subsequent strip-search provoked an outcry in India, setting off reprisals against US diplomats and the removal of some security barriers near the US embassy there.It also led to the postponement of trips by US officials and business executives to India, with which the United States was working to strengthen ties.Some Indians thought the case reflected US arrogance and that its relations with India could be taken for granted.Mr Arshack welcomed the judge's decision."The law requires that any prosecution brought against an individual with diplomatic immunity must be dismissed," he said. "We're pleased and heartened that the rule of law has prevailed."