What Is Good
What Is Bad

Basanti - Story
Arjun (Goutham), who always follows his heart and enjoys his graduation life with Abbas (Ranadir), Malli (Dhanraj) and Swathi. In a marriage event Arjun finds his love Roshini (Alisha Baig) and starts following her. But due to his good works Roshini comes to meet Arjun and that's how their friendship starts. In the meanwhile Babar gets arrested in Boarder and given to Hyderabad ATS Centre for Bomb blast enquiry. To make his leader Babar escape from Hyderabad Gaazi enters Hyderabad and plans to blast a main event with High level Led bombs. As Razzaq (Bhanu) gets arrested by regional Police Officer Ali Khan (Shayaji), Police gets to know about the plan. Meanwhile, Bhai Gaazi had another plans and attacks Basanti College and captures students as hostages. Will Roshini accept Arjun's proposal. How will Arjun escape his college friends? Will Babar released from Prison? Can Ali Khan help the hostage's forms the rest of the storyline.
Basanti - Star Performance
Goutham Raju is impressed with his performance in Basanti. He underplays his character very well. He needs to work slightly on his voice modulation. Alisha Baig is average and its difficult to understand whether she is happy or sad with her expressions. Ranadir is right choice for Abbas, He has the looks and the personality of the character.. Tanikella Bharini is justified his role with few promising lines. Terrorists were suffering from poorly written characters. Friend of Arjun Swathi has managed to put across her act pretty well Rest of the characters are fine in their limited roles.
Basanti - Techinical Team
If you are the kind who doesn't need much to feel thrilled, well, the director has tried pretty hard to present things in a convincing way. But how much he has succeeded in the efforts is the question here. Chaitanya Dantuluri's script lacks much energy and strength to take you along on a memorable ride.
Evidently inspired from the Anwar and several hostage films already made in a variety of languages, Basanti is up not upto the mark. With nothing much happening on the story front, the focus is to keep the viewers hooked with some mad actions and dragged love scenes.
The film goes something like this - two lovers, Arjun and Roshini, captured as hostages in Basanti College. They have to escape from group of terrorists before they kill their fellow friends. Soon, Arjun escapes the terrorists and challenges terrorists to kill them in Basanti College. Gaazi (Terrorist) keeps Roshini as a hostage. How Arjun takes on the terrorists to set free his lover and friends forms the remaining part of the narrative.
Chaitanya's Basanti fails in grabbing the attention and making an impact. This time the movie fails not because of its story line but due to many other imperfections that speak loud. Although Chaitanya's execution of some sequences is first-rate, the forced second half is over powering. The movie fails to make an appeal because of its inconsistent pace in the second. Also at constant intervals you find sequences that just add to the run time and have no significance.
Cinematography by Anil Bandari is good, the way he used locales must be appreciated. Major highlight of the film is Mani Sharma's Music, every scene in the film gets elevated with his BGM. The title track stands out among the rest. Editing of the film should have been lot better in the second half. Fight sequences are very prolonged. Production values of the film are fine. 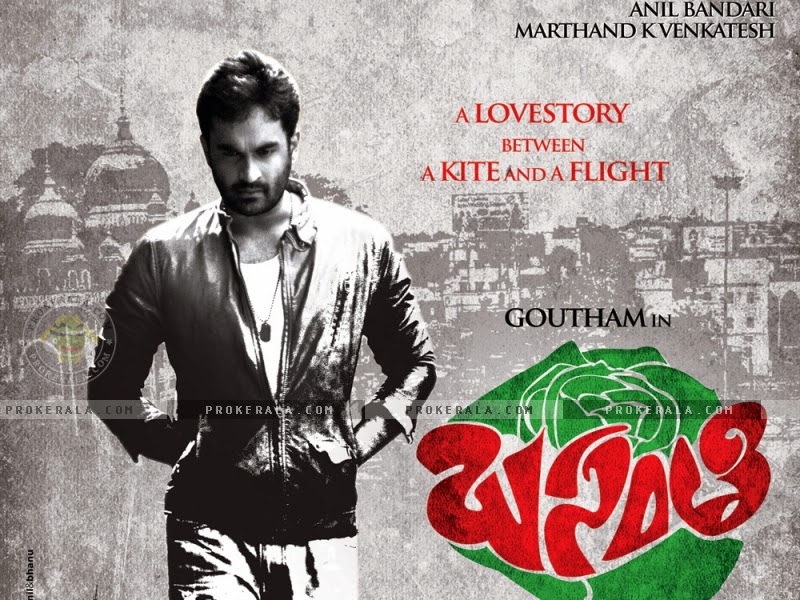 Basanti - Analysis
On the whole the movie with a weak plotline fails to entertain and is tiresome to sit through. The movie in fact is devoid of moments that would at least make us thrilled. Instead we are served with lame sequences. Also, the film requires some trimming. If a a typical Hostage movie is your cup of tea, then go with no expectations and you might end up liking Basanti to a certain extent.
Basanti - Cast & Crew
Acting
25%
Plot
15%
Costume
20%
Directing
20%
Total Score
20%
Bottom Line:Basanti a missed opportunity.