Nokia X, X+ & XL Launched: Here's Everything You Will Want to Know!

A+ A-
Print Email
Ever since the birth of Android operating system, mostly all companies have opted this OS for their smartphones. Android can do better things than what Symbian did; but, Nokia as a company has never believed in the Android platform lately. However, the rumored Nokia X is now official and is the first ever Android smartphone for Nokia.
Talking about the specifications, the Nokia X and X+ sports a 4 inch IPS LCD WVGA display with a resolution of 800 x 480 pixels. The Nokia X series is powered by a 1 GHz Dual-Core Snapdragon processor and runs on a forked version of Android 4.1.2. The device is packed with a 512 MB RAM and 4 GB of internal storage, a microSD support of up to 32 GB. The Nokia X+ is packed with a 768 MB RAM and all other specs remains the same. 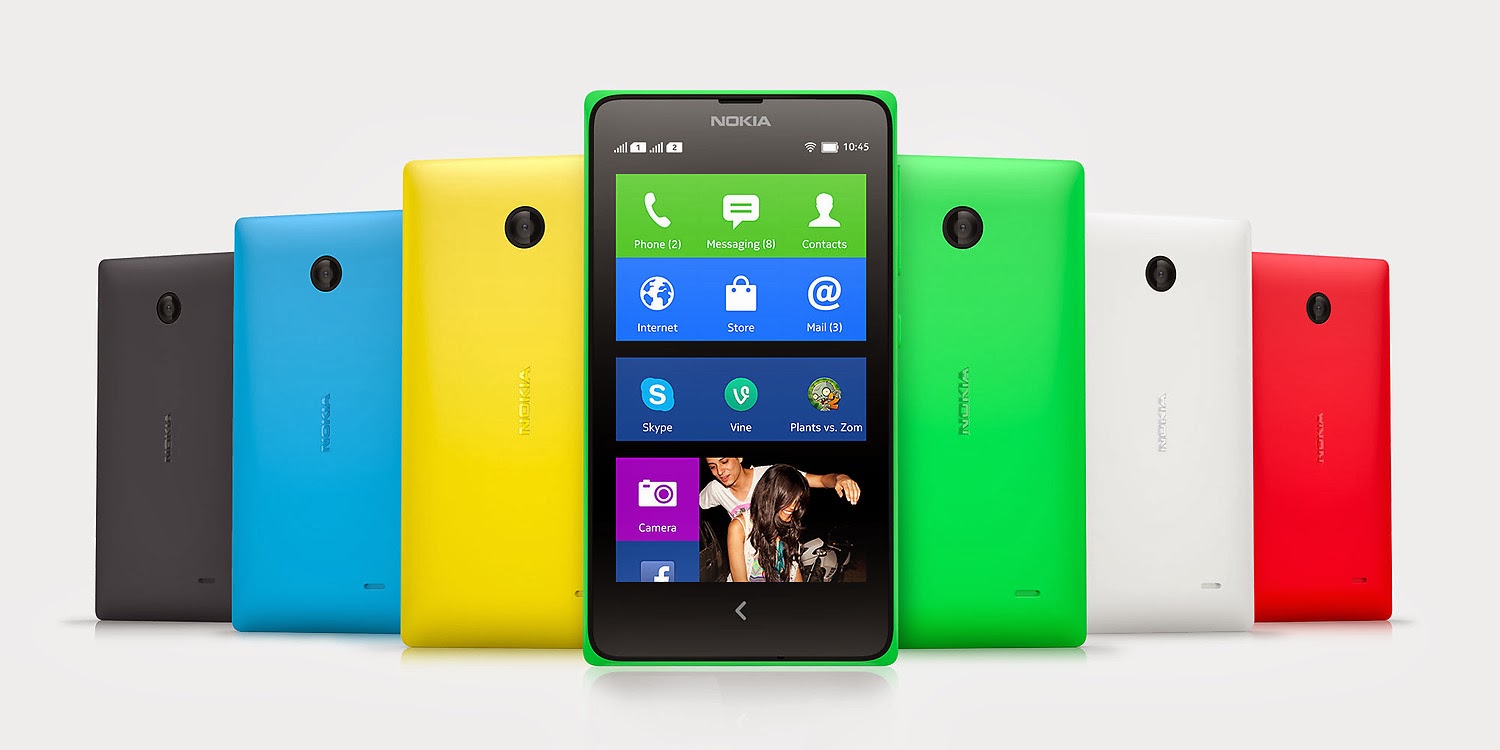 The Nokia X and X+ are equipped with a 3 MP fixed focus camera, with no secondary camera. Both devices have a 1500 mAh battery which should work well considering the specs they offer.
Nokia XL comes with a 5-inch 480 x 800 display, a 5 MP camera, a 2 MP front camera, 768 MB RAM and a 2000 mAh battery, all other specifications are same as on the X and X+.
Only one touch button is seen, which can be pressed once to go back and hold it down to return to the home screen. Software customization on the home screen and in the forked OS makes the Nokia X different. This forked version of Android looks like the Windows Phone tiles we are used to see on Nokia Devices. 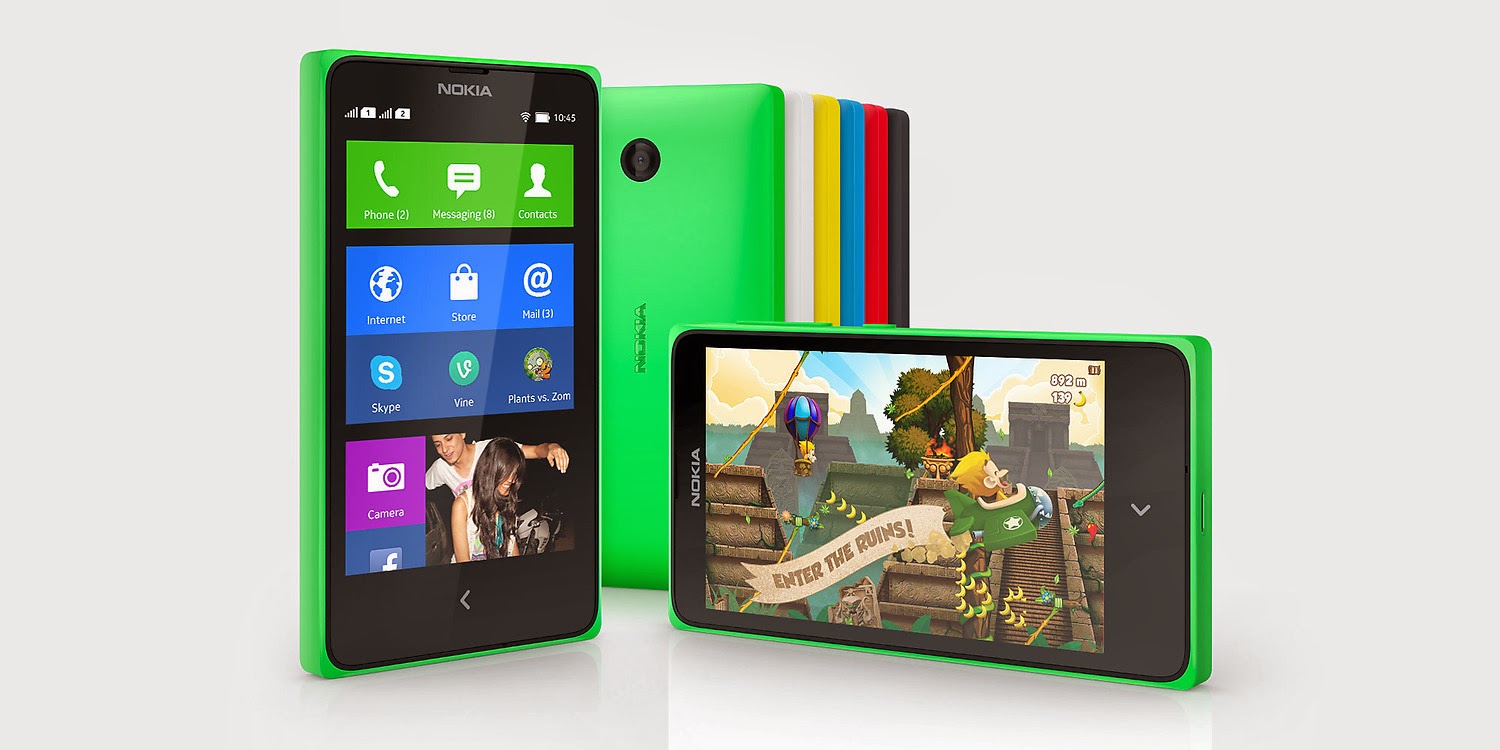 This forked version of Android will not include Play Store or any Google App, like Chrome, Maps etc, however, it can still manage to run the Android applications you want. These X smartphones from Nokia will instead include, Skype, Here maps, Outlook and more services.
The Nokia X and X+ both shares the same look and are 10.4 mm thick, which is probably not the thinnest device we have known. While the XL keeping up to its name is 10.8 mm thick device. While Nokia and Microsoft deal is about to come in the picture soon, we doubt if Microsoft will continue the X family that Nokia has just started today.
The Nokia X will go on sale immediately, priced at EUR 89  in Asia-Pacific, Europe, India, Latin America, the Middle East and Africa. The Nokia X+ and Nokia XL are expected to be available soon, priced at EUR 99 and EUR 109, respectively.
Swiping across reveals the Fastlane feature, an option that is forwarded from Nokia’s Asha devices. However, it is disappointing to see these phone running on forked version of Android 4.1.2 which was launched in 2012.Many of us have been waiting for an Android smartphone from Nokia, and today Nokia has ended the wait by launching 3 new Android running smartphones.Now it's time for us to wait and watch what buzz these phones would create in emerging markets like India.

Here's an official hands on video by Nokia.