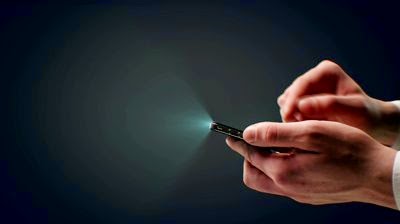 What is Touch Screen Technology?
Touchscreen technology is the direct manipulation type gesture based technology. Direct manipulation is the ability to manipulate digital world inside a screen without the use of command-line-commands. A device which works on touchscreen technology is coined as Touchscreen. A touchscreen is an electronic visual display capable of ‘detecting’ and effectively ‘locating’ a touch over its display area. It is sensitive to the touch of a human finger, hand, pointed finger nail and passive objects like stylus. Users can simply move things on the screen, scroll them, make them bigger and many more.

Let us now give an engineer’s eye to this revolutionary technology. A touchscreen is a 2 dimensional sensing device made of 2 sheets of material separated by spacers. There are four main touchscreen technologies:
1)      Resistive
2)      Capacitive
3)      Surface Acoustic Wave
4)      Infrared

1.      Resistive Touchscreen Technology
The resistive touchscreen consists of a flexible top layer made of Polyethylene (PET) and a rigid bottom layer made of glass. Both the layers are coated with a conducting compound called Indium Tin Oxide (ITO) and then spaced with spacers. While the monitor is operational, an electric current flows between the two layers. When a touch is made, the flexible screen presses down and touches the bottom layer. A change in electrical current is hence detected and the coordinates of the point of touch is calculated by the controller and parsed into readable signals for the operating system to react accordingly.

These systems transmit only 75% of light from the monitor. The resistive touchscreen is further divided into 4-, 5-, 6-, 7- and 8-wired resistive touchscreen. While the constructive design of all these modules is similar there is a major distinction in each of its method to determine the coordinates of touch.

The Four-wire Resistive Touchscreen uses both the layers to calculate the axes information of the touch. Touch measurement in the 4-wire is a 2 step process. The x-coordinate of the touch point is calculated by creating a voltage gradient on the flexible layer, and the y-coordinate is determined by creating a voltage gradient along the bottom layer.

Pros and Cons: Consequently, the 4-wire resistive touchscreen is less durable, feebly accurate and can drift with environmental changes. However these negatives are divulged only with large-sized touchscreen. These are relatively cheap, easily available and consume low power.

The Eight-wire Resistive Touchscreen is simply a variation of the 4-wire one with the addition of 4 sense wires, two for each layer. The sensing points aid in reducing the environmental drift to increase the stability of the system. The 8-wire systems are employed in sizes of 10.4” or larger where the drift can be significant.

The Five-wire Resistive Touchscreen do not uses the coversheet (flexible layer) in determining the touch coordinate. All the position sensing is employed on the stable glass layer. In this design, one wire goes to the coversheet and four wires are deployed to the four corners of the bottom sheet. The coversheet only acts as a voltage measuring probe. The functioning of the touchscreen remains unscathed even with changes in the uniformity of the conductive coating over the coversheet.

Pros and Cons: Highly durable, accurate and reliable. This technology involves complex electronics and is expensive. However, it can be used in sizes up to 22”.


The Six and Seven wire resistive touchscreen is also a variant to the 5 and 4 wire technology respectively. In the
6-wire resistive touchscreen an extra ground layer is added behind the glass plate which is said to improve system’s performance. While, the seven–wire variant has two sense lines on the bottom plate. However, these technologies are as prevalent as their counterparts.